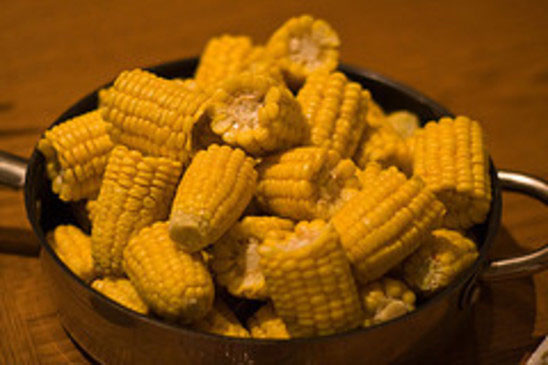 Candidate for the Darwin Award

The Darwin Awards salute the improvement of the human genome, honoring those who accidentally remove themselves from it,” Darci reads. “Men can be such fools,” she thinks, unaware that her husband, Adam, is about to do something spectacularly unwise.

Darci and Adam live on the northern BC/Alberta border, and Adam’s job as a mobile welder on the oil rigs often requires him to be away overnight. So he put a loaded .45 in the headboard of their bed, and he taught Darci how to fire it.

"Don’t hesitate to use the gun if anyone breaks in," he tells her when he’s going to be away overnight.

Adam has a best friend, Paul, whom he’s known since they were growing up in Penticton. Both are avid outdoorsmen, and Adam tells Darci how they text each other often to keep in touch. But, over time, Darci has noticed that her husband always deletes his text messages as soon as he’s read them. She has connected this with his frequent overnight absences, which she suspects are not always work-related.

Once or twice a year Adam heads to the Okanagan to visit Paul for some good times. One moonless fall evening the two men are travelling from Naramata back to Penticton, and they’re talking about sex.

"Don’t you worry that someday Darci is going to find out you’re screwing around on her?" Paul says.

"I'm not worried. She’s not that smart," Adam says. "Remember how long it took me to teach her to shoot straight? Man, I thought she’d never get it!" He has a good laugh remembering Darci’s wild shots during the many hours of target practice.

The winding road between Naramata and Penticton is bordered by orchards and vineyards. For something to do, Adam pulls out a pencil-beam spotlight and shines it out the open passenger window. The men are surprised when the beam falls on a snowy owl flying above the tops of the bare fruit trees. Illuminated, the owl turns its head toward the light. As it flies parallel to the road, at the same speed as Paul’s truck, the owl keeps staring at the bright beam.

Although the owl is flying above the tallest branches, the men begin to laugh, imagining the bird crashing into a tree from its lack of attention. Several minutes go by with the owl unable to look away from the light. Paul is laughing so hard he’s having trouble controlling the truck, which makes them both laugh even harder. Stupidly, Adam keeps the beam focused on the snowy owl, while Paul keeps his foot on the gas to keep up to it.

Paul is now cracking up so badly the truck is swerving. Then it happens – the truck hits the gravel shoulder, careens off the road, and plunges down the steep grassy slope of the orchard. It narrowly misses the trunks of fruit trees, and both men give a little yell as the truck shoots over the edge of the bank.

The truck lands upright at the edge of Okanagan Lake, and there is a moment or two of silence. Then the men get out of the wreck. One wheel has come off completely, and another is bent. Two tires are flat. The men are taken to Penticton hospital, and luckily both have nothing more than scratches and bruises.

Adam returns home to Darci. One night his plans go awry and he comes home unannounced in the middle of the night. His cell phone is dead. Not bothering to turn on lights, he walks silently through the house on his way to their bedroom.

Darci hears the back door close. She thinks it might be her husband, but just in case she slides open the compartment of the headboard. When Adam opens the bedroom door, she’s sitting up in bed in the dark, pistol in hand.

"Yeah, bitch," he says. "Who were you expecting? Another man?"

There’s a feeling we all get when we realize that, unintentionally, we've done something incredibly smart. In his final moment, Adam experienced the opposite of that.

This simple method of cooking corn is becoming common at large functions, and on camping trips.

To make cooler corn, remove the husk and silk and place the cobs in a clean, empty plastic cooler. Add several kettles of boiling water to the cooler so that the corn is well covered. Close the lid tightly and leave for 30 – 40 minutes. Cooking time will depend on the sweetness of the corn. The sweeter the corn, the less time needed. Remove cobs with tongs and serve.

Note: Several writers say they’ve served the corn as long as 2½ hours after they put it in, and it was as good as fresh-cooked.