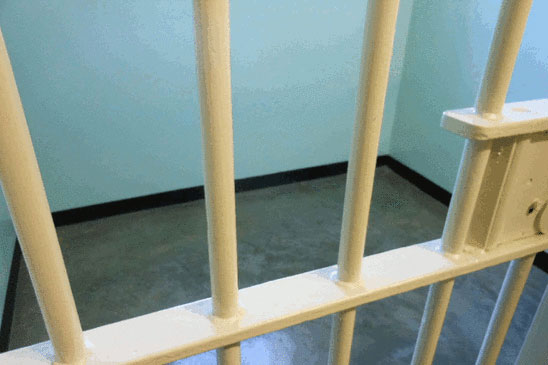 (SNN) - Among the groups of people I have been thinking of recently, prisoners come to mind. Most of us really don’t know about daily life in incarceration, but a couple of news items I found have me thinking about this more than usual.

In the UK, two multiple murderers in prison on life sentences have applied for sex-change operations at the Taxpayers expense! Now, I am a fair believer in using prison as a punishment, a chance to re-educate and help, and for us to learn more about why people take these destructive turns in their lives. But is there a point where we go too far in making them comfortable?

I can’t imagine what life is like trapped in the wrong body. The closest I can come is that quizzical look our cat gives me, when I can’t understand her: “You just don’t know what it’s really like in here, do you?” she seems to say. These guys are in prison forever. They aren’t going to be better citizens after this operation, more caring, nurturing and better bargain shoppers. They are still going to be stuck in a cell, mulling over why they killed over fifteen people when they were out. If they were women to begin with, it only proves that they can now become the World’s Worst Female Serial Killers. While I am not belittling their feelings, or those of the trans-gendered community, surely this would make their lives even more hellish: Even if your cell has a much brighter, and more co-ordinated, design scheme.

In related news, the Canadian Government has decreed that there will be no expansion of the Prison religious guidance system to include non-Christians. As our society evolves into something that wasn’t budgeted for, I imagine that there are lots of prisoners that do not practice the Christian faith, but if God wasn’t in your life when you were committing anti-social acts, why are you being so damned picky, now? Where does it stop – do we have to please the Wiccans, too? Because I for one am not keen on the idea of arming dangerous risk-takers with the ‘Defence against the Dark Arts’ merit badge. They have done enough damage. Isn’t it bad enough that, in some countries, Prisoners are now running customer service departments for large companies, and actually gaining access to people’s personal details while they phone them. Now, we have to ensure that their stay is as comfortable as possible, whether they are getting out or not.

If we are lucky, the majority of us will never suffer the inside of a prison for an extended period of time, and those that do deserve, in the vast majority of cases, to be there. Whatever we do to assimilate people back into our society, or punish them for their past deeds, it will never be enough. Let’s look at the positives of incarceration where it affects the rest of us upon these people’s release. While I’m not advocating ‘throwing away the key’ for those that will never come out again, I don’t think that allowing them to feel better about themselves is as high a priority as ensuring that those that can make a positive difference when they meet up with the rest of us at a later date, do.

I’m now waiting for the concerns yoga-taking prisoners have that their LuluLemon stretch pants ‘make my ass look too big.’

Photo by: Michael Coghlan, Some Rights Reserved, The Sage not the article endorsed. (Source: flickr)

Steve James is an Actor, Stand up and Comedy writer in Vancouver BC. Although not in prison, he does take the bus every day. He is not considering sex-change surgery.