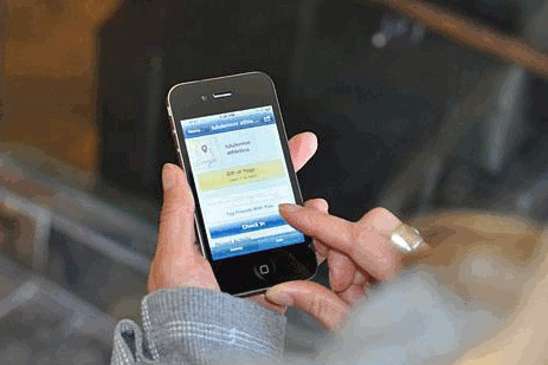 Who's that on the phone? Facebook will Tell You

(SNN) - Anyone that thought that Social Media had completed its insidious journey into our lives was in for a rude awakening this week with the news that Facebook was looking at launching its own phone service. Lucky owners of these multi-million dollar homing devices will now no longer have to boot up, and retrieve their Facebook profile. It will download automatically, and probably alert everyone on your phone list that you are available. In fact this is probably the last actual interaction that you will have with your phone. These phones will probably be calling every other Facebook friend’s phone automatically, and leaving messages without you having to interact. Considering that Facebook already lets you know who to talk to, and how many you are allowed to, where to go, and who gets to advertise to you, this could be the future of communication – one where it’s up to your avatars to do all of the representation on your behalf, and your only job is to switch on….and pay the exorbitant bill at the end of the month. By this time next year, Facebook could be having the largest phone conversation of all – with itself!

Of course, this will be a field day for the Paparazzi. Gossip peddlers have already been passively aided and abetted by members of the public ever since social media came online. Now, every reported bulletin about Rihanna’s entry into a Macdonald’s, and Justin Bieber’s monkey being impounded (Probably too much spanking, at his age.), cease being one-off events of no importance. They become press-worthy moments thanks to these girls’ eagle-eyed awareness and boredom with their own lives. Once spin professionals get a hold of any kind of information, it can be churned, spun, and regurgitated as something completely different: Rihanna’s comfort eating! That monkey looks mistreated! The Pre-teen girls of the planet that apparently run Pop Culture these days will now be able, as unwitting career-crushing roving reporters, not only take shaky phone pictures, but have the ability to phone them directly through to TMZ, and then to the national news bureaus across the Globe.

If only Kim Jong-Un had advisors only half as talented, because in the photographs we have seen so far, he doesn’t look like a war-hungry, evil genius. He looks like an Asian Neville, the fat kid from the Harry Potter movies, playing Risk with a bunch of toy soldiers. “Kim, dahling, you need an angle to look more threatening.” At the moment he looks about as terrifying as the kid in your class trying to get you to join Chess Club.

At least the Catholic Church sighed a huge sigh of relief as its new Chairman of the Board, Pope Francis, managed to make the steps and give the position’s its usual “Let’s have more peace on earth.” plea, before disappearing again for another six weeks, like the Groundhog that wrongly predicts Spring’s arrival every year. Perhaps, though, we should be cherishing these announcements from the balcony. It is only a matter of time before he can make these announcements directly through the Facebook phone to everyone on earth – they may have to message him back, though. Isn’t that a Desperate Housewife in a spinning class?

Photo by: lululemon athletica's flickr photostream, Some Rights Reserved, The Sage nor this article endorsed.

Steve James is an Actor, Stand up and Comedy writer in Vancouver BC. You can reach him on Facebook, along with lots of other people he doesn’t know.