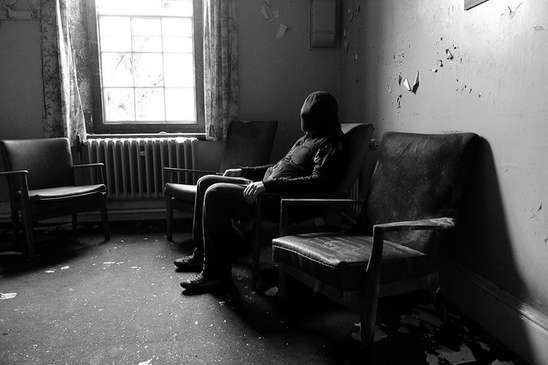 Psychopaths Don't Scare Me None

(SNN) - As a lifetime student of human behavior, I find people endlessly fascinating.  We are as uniquely different as snowflakes. My scope of interest lies in answering the simple yet incredibly complex question, "what makes people do what they do".  One of my favorite subjects is the psychology of psychopaths, so I wanted to share what I discovered in my research on the disorder to clear up any misconceptions or false stereotypes of the oft-misunderstood psychopath.

Also commonly referred to as Anti-social Personality Disorder or sociopath, the most prominant hallmark of the psychopathic personality is a lack of conscience.  Now let's think about that for a minute.  Having a conscience is a big part of making us human, as it were; it enables compassion and empathy, guilt, regret, remorse, and putting others before ourselves.  Without a conscience, the psychopath is incapable of feeling any of these things.  I shudder to think of the fallout of having no conscience to guide one's actions.  So never mind that silly title, truth is, I'm scared spitless of even the idea of sociopaths among us.

You see, the thing with psychopaths is they think differently than any other person (except fellow psychopaths, of course).  The human conscience keeps us honest, kind, empathetic, able to 'step into someone else's shoes'.  As narcisists, psychopaths can only think of themselves. They can be charming and fun, successful, well-schooled, and at times, deadly.

When a psychopath murders, the grisly act is carried out with as much feeling as taking out the daily garbage. An example is mentioned by psychiatrist Dr. Bruce Perry who was interviewing a flagrant psychopath who had brutally murdered two young girls and came under suspicion by not washing the blood off his boots. During Dr. Perry's interview with the prisoner, he asked if there was anything the prisoner would change if he could go back in time (of course, looking for signs of remorse).  After careful thought, the psychopath answered, "I would have hid my boots."  In the courtroom, this same sociopath at one point looked at the victim's grieving family, and turned to his lawyer and asked, "What are they crying for?  I'm the one going to jail." Now THAT'S chilling.

What they lack in emotions they often make up for in a savvy kind of smarts.  They become master people readers and manipulators of those around them.  They are often successful in monetary terms through their cunning and ruthless business practices.  Psychos usually have grandiose thought patterns of themselves, with feelings of invincibility.  Dr. Robert Hare estimates that there are around 300,000 psychopaths currently in Canada.  That's an awful lot of psychopaths running around in one country, even one as big as ours. They are more common than I thought but logic dictates that since the province of Quebec has the most people of any Canadian province, it seems logical that the majority of psychopaths would be there.

On the up side, research also shows that most psychopaths never commit murder or other heinous crimes.  They'll manipulate you all to pieces but are not violent.  You can find your average psychopath in all walks of life.  Since they crave action and bore easily, psychopaths can be found in highly-educated, successful white collar professions like lawyers (imagine) to engineers, CEOs to political leaders as easily as you can find them in, say, street gangs.  As far as psychopaths go, rarely are they wild-eyed and crazed in appearance as we tend to think of them.  Rather, they are characteristically smooth talking, life of the party types. Fortunately most sociopaths schmooze their way through life without anyone being the wiser.

Forget about ever spotting one no matter how much you read up on psychopathy; they are often friendly, have a sense of humor, have families and hobbies.  By and large to the naked eye sociopaths are no different than anyone else.  According to statistics it seems unlikely that one could get through a lifetime without bumping into the odd psychopath here and there, but more often than not we wouldn't even know it.

Photo by: mongo gushi's flickr photostream, Some Rights Reserved, The Sage not this article endorsed.