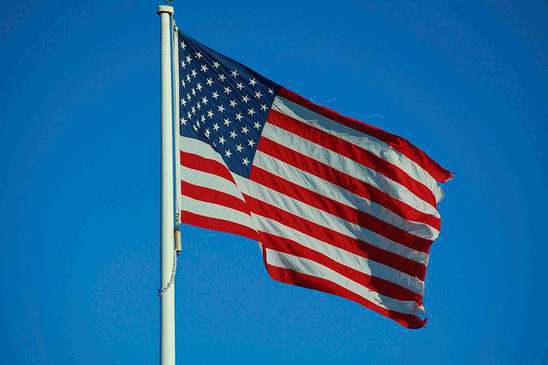 (SNN) - Of all of the results of the entire Boston Marathon Bombing we have all been through this week, the one that confused me most looking from afar was the absolute panic that it fired in all Americans – no matter where they were at the time, or what their relationship with anyone involved with the crime, itself. Lots of people have always accused me of being ‘solid and unfeeling’, when – in fact – I’m just British. There, the famous ‘stiff upper lip’ isn’t anything that you are taught – it comes in the DNA along with an understanding of Cricket, and a determination to never visit the dentist.

Even after two decades of living next door to, and working with, ‘Our Neighbours to the South’, I always hear that they are (at least according to them.) the World’s Only Superpower, the Best Nation on Earth, the Global Policeman, and ever more Major-League descriptive adjectives. In the planetary sandbox, they are the bully, chewing gum, packing a nuclear weapon, and wearing cool shoes from Gap Kids. So, what happens during tense times like these? They turn into the girl with blonde curls and glasses that everyone in the sandbox taunts: Standing on the outside, lower lip quivering, and silent, dry tears. Unable to do anything but cross her legs and try not to pee herself – and she looks it.

As soon as I saw the bombings, my first reaction was concern for the bystanders. There must have been hundreds around the finish line, and an IED of any size could have killed most of them. Luckily, it became obvious very quickly that these weren’t large-scale devices. While three dead, and the horrendous injuries inflicted on many, many more is a tragedy, surely the fact that it could have been so much worse is something bearing in mind?

Of course, getting reliable information is perhaps the American’s greatest weakness. In a society when the notion of trusting the Government is akin to inviting a Russian over for morning coffee, everyone clamours for pointers that, ironically, the Government is in charge and looking after things. Trusting a news gathering community whose only focus is on revenue means that speculation is encouraged in order to feed the non-stop news cycle; and this guesswork led to some truly sit-com – like coverage. Suddenly, everyone in Boston was a witness with access to Social Media, and invitations from the media to express themselves. It was an act of War, it was Muslims, part of a planned attack across the whole city. Everyone’s opinion became truth, until it was proved otherwise. The nation fell into their usual blue-blanket comfort zone of: “We are under attack, because the whole world hates us.” What it definitely wasn’t, according to everyone, was a home-grown, one-off event perpetrated by two twenty-something stoners that enjoyed boxing. The type of guy we all know from our neighbourhood that lives in their Mother’s spare bedroom, playing video games: “Lock down the entire city, don’t go out, and please stop tweeting when you see an armed law enforcement official.”

This is the legacy of 9/11, when everything is blown so far out of proportion that a fire in a Texan fertilizer factory, US gun law discussion in Congress, and the return of Paula Abdul to American Idol were all involved. This is embarrassing, people! You are acting the way we believe that small, isolated countries act from an external threat. This is the look of fear that you would expect from North Koreans, Iranians, and Grenadans: Nations that you have picked fights with, descending to the level of their global importance, and are now scared of. Ignorance stretched by a refusal to see anything outside of your own borders. As of this morning, you couldn’t even get the country that these guys were born in correct. Forget Chechnya, you are now picking a fight with anyone that is Czech!

In discussions with Americans, they don’t find it surprising that I have made it through to my advanced years, travelled the world, and lived in cities without being mugged, robbed, having my home invaded, or been swindled by anyone – because “You aren’t American.”

Is this the logical result of rampant capitalism that, in the end, you are so successful that it only stands to reason that someone, anyone, everyone wants to take it all from you?

Come on, America; Man Up – isn’t that one your own phrases?

You are better than this: A nation that has given the World so much in such a short time shouldn’t be held hostage by a teenager hiding in a land-locked boat who couldn’t even wipe up after himself. Remember FDR’s speech “You have nothing to fear, but…”

You are better than this – now act it.

Steve James is an Actor, Stand up, and Comedy writer in Vancouver BC. He loves America, but cannot resist making fun of it. You should hear him on US College Football!

Photo by: Mike Warot flickr photostream, Some Rights Reserved, The Sage nor this article endorsed.