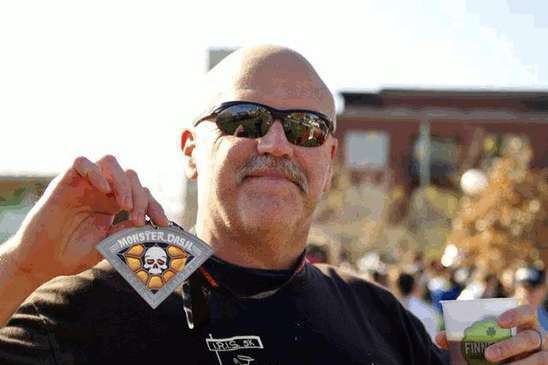 (SNN) - There was a day in late 1979, when 18-year-old Scott Shultz wondered if he would live to see his 20th birthday. “I was doing crystal meth all night and flipping burgers by day to pay the bills and buy my stash.” Realizing that neither activity was getting him where he wanted to be, Scott asked his parents if he could come back home. (He had left home at 16 under less than cordial conditions.) Returning to his parents’ St. Louis home, Scott was seriously underweight, malnourished and in need of a dentist. “Those meth billboards with the teeth don’t exaggerate!” Cleaning up and getting healthy was the first order of business. And reconnecting with his parents and sisters. “We had a lot of catching up to do.”

Then it was time for a job – “My first real job.” Scott’s passion in high school had been architectural drafting. “I loved the tools, the techniques, the precision. It really resonated with me.” After several semesters at St. Louis Community College, Scott landed a part-time job at a hospital design-build firm where he met his first (career-) love: architectural model building.

“I was a car kit-builder as a kid, and I liked to customize. I remember a slick Datsun 240Z that I painted black with gold flames down the side. I also scratch-built things for class projects: a Wright Brothers plane from balsa wood, dioramas, a G.I. Joe-sized birch bark canoe.” Model building in the architectural realm came easy for Scott, and launched a career that showed him the difference between a job and a passion for creativity.

“Model building just clicked for me. My first major model was the St. Louis Union Station renovation back in the early ‘80s. We put in 60- and 70-hour weeks and I loved every minute of it. It was an impressive model, too. Worthy of the black-tie unveiling the marketing committee set up.”

In 1990, Scott was the lead builder on the St. Louis Science Center model. “It was my first project with my new employer and we finished it under-budget and a week before the deadline. That does not happen very often. We also built several exhibits for the museum.” One, which is still on display today, consists of half a dozen acrylic globes, lit from inside, displaying the break-up of the Pangaea super-continent and the subsequent shifting of the continents through the epochs.

When the first Gulf War constricted the economy and model jobs dried up, Scott leveraged his creativity and handcrafting skills into other jobs: sign engraving, woodworking, occasional freelance models, corporate awards manufacturing. “My model building skills came in handy for a few custom awards – once I made an award for a pest control company. It looked and functioned like a mouse trap big enough to catch a Rodent of Unusual Size from that princess movie.” [Editor’s Note: The Princess Bride]

“Hey, remember that Minnesota movie ‘A Perfect Plan’ with Billy Bob Thornton? I engraved the door sign that says Sheriff’s Office. No, really.”

Clean living and success led to a cherished lifestyle for Scott. “It sounds Pollyanna, but I’ve always said I’m the happiest person I know. I mean, everyone has bad days, but I do my best to enjoy life no matter what it throws at me. Plus I have a great wife who challenges me to be the best at whatever I do.”

The couple has a teen son they are homeschooling. “Minda, my wife, and I are big readers and we wanted him to catch the bug. I started teaching him to read when he was four and it worked so well we kept right on teaching. I suspect he’s smarter than both of us.”

One way Scott enjoys life is by pursuing anything that piques his interest. “I love writing, have a few published magazine articles and a self-published novel in e-book format. I tried raising bonsai trees, but was not very successful. I’m having better luck with the kale and Napa cabbage in my organic garden! I can play a few songs on the guitar. I homebrewed beer for a while, but I think I enjoyed creating my own bottle labels more. Home-brewing is really glorified dishwashing. Besides, there are so many good craft beers available now.

“My greatest passion as far as a hobby is falconry. The relationship with the bird, the puzzle of taming and training a wild-trapped bird, the excitement of the hunt. I love fabricating the equipment: leather hoods, lures, leashes. I had to take a hiatus when my son was about three, but he’s getting older and I’m feeling the itch to put the glove back on!”

Shortly after his son was born, Scott answered a life-long entrepreneurial call, with impressive if curious success: he patented and marketed a bungee-jumping squirrel feeder. “It’s true, I actually supported my family for over four years by feeding squirrels.” He and his wife hand-assembled thousands of the feeders for specialty store and website orders as well as the Minnesota State Fair booth they held for three years. “Ultimately demand from one of my distributors was so strong that we just couldn’t keep up.” Scott licensed the patent to the distributor and now the Squngee squirrel-feeder is factory-made and sold nationwide.

What’s next on the entrepreneurial agenda?

“I have a lot of ideas, but the one I’m fired-up about right now is one of those roving food trucks. My wife and I want to do something a little different – organic salads on the go. It fits with our values, our ‘new’ outlook on healthy living.”

That new healthy outlook was a long time coming. At age 48, Scott found himself 90 pounds overweight, devoid of energy and hurting all the time. “My son couldn’t understand why his Papa couldn’t chase him around the park for more than a few minutes.” With throbbing knees and ankles, a daily dose of Prilosec for chronic heartburn, sleeping with a CPAP mask strapped to his face, Scott realized it was time for another upgrade. “I knew for a long time that something had to change, but I kept putting it off. And it only grew worse. Then…let’s just say my step-daughter’s wedding photo smacked me between the eyes.”

“In January 2010, I signed up for a mid-March 7K race – even though I had never run a ‘K’ – and hit the treadmill. I walked and stumbled and eventually ran. It was rough going at first.” But three months later and 30 pounds lighter: “I ran the 7K in a respectable 47 minutes. And I felt great!” A month later, he and Minda ran two 10K races – two weeks apart. “This year my son joined us for the 'annual 7K race' - third time. Very proud Papa here!”

To date, Scott has shed over 85 pounds and runs from 12 - 18 miles each week. To celebrate his 50th birthday in 2012, Minda and he ran 50K over the course of the seven days before his birthday. “Actually we ran 53K – we may have been a little fanatical!”

“I ran my second half-marathon this past October and my wife and I are planning to run the Twin Cities Marathon in 2014 to celebrate her 50th birthday.”

Scott’s success with adopting a healthy life-style inspired a blog that he hopes will pay the inspiration forward [what-if-i-lived.blogspot.com ]. "I want to inspire others to start living. And not wait until they're nearly fifty. I honestly believe I was closer to death when I was a 288-pound couch potato than a 140-pound druggie. I wasn’t planning to die but I wasn’t planning to live either.”

So what’s next for this Minnesota Average Joe?

“In 2013, my wife and I are both running two half-marathons to prepare to run the marathon in 2014. Also on the agenda is hiking Mount Shaw in New Hampshire to celebrate our 20th anniversary in 2016."

"I'm also setting things in motion to gather together a group of committed people who want to get healthy. I want to share my vision that faith, fitness and friendship is the best way to make it happen."