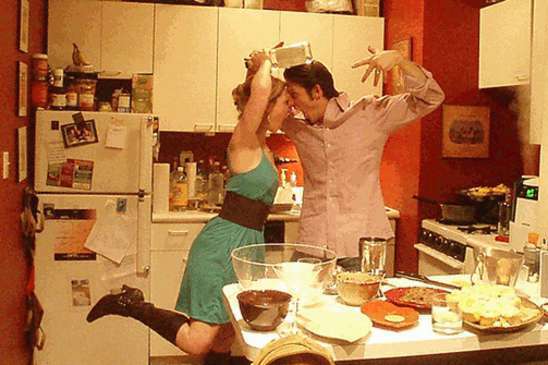 Family Problems? Reach for the mirror, not the Poison

(SNN) - We all have problems at home. Who would have thought that, in an extraordinarily short time, you moved from making those wedding vows about Forever, Poor, and ill-health, to the point where the smallest habits that your spouse has just sends you insane?

That time gap between looking deeply into your Parents eyes as a small, dependent child, to realising that you are now a number of disparate adults living together, and not really getting on is also an incredibly short time. We all get hacked off with those we live with, once worshipped, and now would do almost anything to get away. So why not just leave?

In Texas this week, the unlikely named Shannon Rogers Guess Richardson had a great plan to ensure that she could be a free woman. She mailed poison to the President of the USA and the Mayor of New York City, and blamed her husband. Isn’t this, oh - I don’t know, overkill? I don’t know what Mr .Richardson did that was so wrong. The umpteenth time of leaving the toilet seat up at night seems hardly bad enough to attempt to threaten the lives of two guys you have never met, or of hundreds of Postal workers, secretaries and security personnel that would come into contact with this stuff on its journey. Perhaps it was an attempt to stone multiple birds at once:

“There. That will teach you for not dry-walling the garage when I ask – and Obamacare, and the prohibition of large sugary drink availability, too, while I think of it.”

Perhaps she was upset at having a married name that resembles an Ambulance-chasing law firm on late-night TV. Whatever the reason, this does seem to be a little too much.

Moving out of the gun-loving Southern states for a change, a Californian man just had it with his family this week, and immediately reached for the only tool known to shut them up about his lack of job opportunities, or marriage prospects: No, not the TV remote, the family Arsenal.

Not content with slaughtering the people that had given up their own lives to make sure he was alive, he then went outside, and took some pot shots at passing automobiles. Perhaps a request for double-glazing might have cut down on the noise from the street? And what did the local college library ever do to you? Those late return fees aren’t that high.

Listen, folks, these spouses and parents’ job IS to get in your nerves. You aren’t a non-stop laugh-fest to live with, either – it’s just that you can’t see it. We all know that the people you swore your life to, by either nuptials or birth, hid certain things from you: They snore, have an OCD tendency about how to store the bread, or won’t stop trying to run your life from a different time zone, but don’t despair. This is only evolution reminding you that you have to work every day on your relationships, and yourself. If you had a better view of yourself, it may shut them up for a change. When he comes home, uncommunicative, depressed, and reaches for the TV remote and a beer instead of you, perhaps he has problems that he hasn’t told you: Holding a mirror up to your own tone of speech, dress decisions, and bank account holdings may help you see things from their point of view. Search your own problems, instead of Google for where to buy the Ricin.

Steve James is an Actor, Stand up, and Comedy writer in Vancouver BC. He is happily married, and never leaves the seat up. Just in case, can someone check the Prime Minister’s mail?

Photo by: Pretty Poo Eater flickr photostream, Some Rights Reserved, The Sage nor this article endorsed.