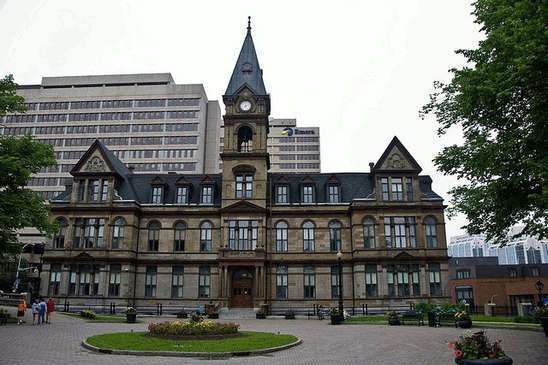 Halifax Mayor Booted Out of Office "Cause He's a Good Guy"

(SNN) - Mayor of Halifax Mike Savage has been summarily removed from office by a judge, amid allegations that he’s doing exactly what a mayor should do.

Accused of being “a good guy”, Savage was lambasted by Judge I. M. Crooked on June 17th for his desire to eliminate in-camera meetings and secret deals that violate the city’s charter. Since his election, public outcry over his lack of wrongdoing has been steadily increasing.

“The city has been running way too smoothly since he became mayor,” said Crooked in his ruling. “There have been no rumours of fraud or crack use, nor have there been any indication that he’s in collusion with the mafia. And the worst part is, he’s the spitting image of Brad Pitt.”

Talking to reporters on the steps of city hall today, Savage attempted to defend his spotless image. “Look, I’m no goody-two-shoes. I have, on occasion, put aluminium cans in my garbage.”

Long-time residents of Halifax, such as Ian A. Trailer, remain unimpressed. “Seriously? Where does this guy get off doing good things for the city? This guy could learn a lesson or two from Rob Ford and Michael Applebaum. Now they’re real mayors.”

Notwithstanding his celebrity good looks, Savage continues to tarnish his reputation by his involvement in community organizations such as the Heart and Stroke Foundation, Junior Achievement, the Red Cross, the Canadian National Institute for the Blind, and Alderney Landing.