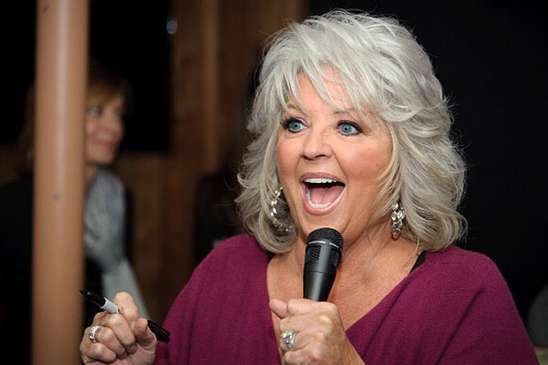 Did someone mention Heat and Kitchens?

(SNN) - Haven’t we all been there? Nigella Lawson’s husband had to deliver a joke in public that involved grabbing his wife by the throat, and some bastard took a photograph of it. I try not to illustrate stories with the kind of action that can injure. We have all thrown our arms wide and knocked over a tray of drinks, or the like. What kind of story would that be? How to correctly operate the Fortress of Silence? I just think there was a misunderstanding about the subject of discussion over a quiet lunch for two. Personally, I think it must be tough to be married to a celebrity chef: Especially when you try to take her out for a romantic meal to a favourite spot. I mean, how many times can you hear: “You know, I can cook gravy way more flavourfully than this.”, before you snap?

In fact, celebrity chefs as a group have been under fire this week. The Food Channel fired Paula Deen this week after she admitted using the ‘N word’ during a court case. I think that this is a crock of grits. She comes from a part of the World not known for the most erudite English – or even family trees that branch. We have all said things that we regret after the mood has passed. We have all followed speech patterns of the majority, and where Paula comes from the ‘N word’ is way more prevalent than other places. In fact there are certain parts of the Southern States of the US where it is more widely used than the word Chicken. Why does everyone that appears on even the smallest cable channel be purer than the average Politician or Priest? Gordon Ramsay gets away with so much abuse on National television that many of his show’s competitors suffer from PTSD after leaving. I got tired of his pony act when I realised it only knew one trick, but he is obviously very popular. In fact, didn’t he throttle someone, too? Or was that a chicken.

Who knew that being a chef on TV was such a high-stress job. If you look at Bobby Flay, he seems more relaxed than a burger an hour off the grill. In fact, comatose comes to mind, but others have been mired in trouble. Guy Fieri is spikier than his hair when it comes to gay chefs. Wouldn’t it be fun to punk him with a flaming queen on the kitchen and sausages? Robert Irvine has lied about his title, education and experience, and appears to lie like a flounder on the counter, and – of course – the Grandmother of them all, Martha Stewart did more cooking with her books than with next week’s cocktail party menu ingredients.

I don’t think that any of us look at a chef on TV as some paragon of truth, liberty and a better life. What we are looking for is a tip or two on how to do things in the kitchen better, and that’s all. I couldn’t care what kind of a person they were once they are out of their whites. Kind of like sports figures. What we should be doing is making sure that we have outgrown all of our prejudices, and use our pasts as an example of how we have grown up. Isn’t that way more positive? OK, it’s time to grab a snack – but not by the throat.

Steve James is an Actor, Stand up, and Comedy writer in Vancouver BC. He cooks but gets frustrated enough to throttle someone while he’s doing it.