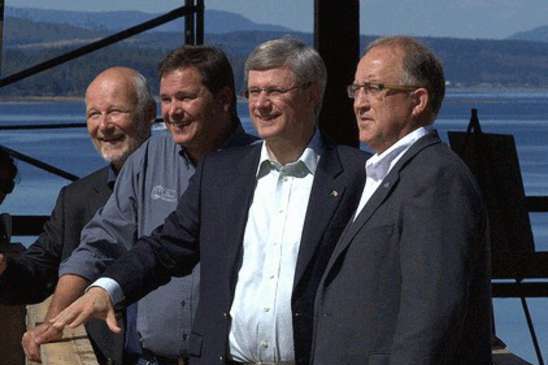 Prime Minister Lauded by Fashion Critics for his Hip Style

(SNN) - Stephen Harper is not only Canada's prime minister but he is also a fashion icon as well. In fact, his sense of style is so awe-inspiring that the Toronto Sun’s Christina Blizzard penned a column of over 2,000 words dedicated entirely to the PM's fashion decisions.

"Our prime minister really knows how to put an outfit together. He rocks those blue and grey power suits like no other political figure can," writes Blizzard, clearly impressed with Harper's iconic fashion sense. "Those suit jackets are so fashion-forward, and those ties! Sometimes he wears a dark blue tie and just when you think he can't be any more stylish, he switches it up with a red polka dotted tie. Wow!"

In her column, Blizzard goes on to rave about the chic white Babe Ruth headgear the PM balanced precariously on his head at the U.S. Open last year, calling it "trendsetting genius". She then focuses on what she considers to be his signature piece, the leather cowboy vest by Alexander McCow, which he rocked at the Calgary Stampede in 2012. "It was such a quintessential garden party look. He definitely needs to wear that more often."