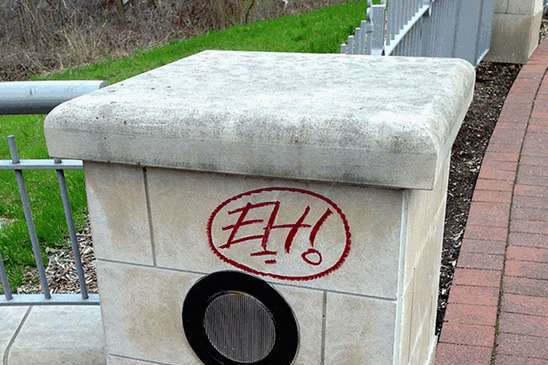 How to speak Canadian

(SNN) - Sometimes the way we use our language in Canada just doesn’t make sense. For example, in hockey it’s not the Toronto Maple Leaves, it’s the Maple Leafs, or just Leafs. Everyone knows the plural of leaf is not leafs.

A lot of importance is placed on what we call ourselves. Call someone from the Maritimes a “Newfie” and he’ll be insulted. Call a Newfoundlander a “Maritimer” and he will be just as insulted. As any Newfoundlander will tell you, they are most definitely not Maritimers – they are from the Atlantic Provinces. And where are the Atlantic Provinces located? In the Maritimes.

Outside of Canada, a screech is something you do. But in the true north strong and free, screech is slang for cheap liquor. As the story goes, a long time ago some Newfoundlanders passed off inferior cod on the Jamaicans. So the next time there was a shipment of rum from Jamaica, what they got was so horrible it became known as “screech”. But before long, the alcohol that was so strongly objected to at first was adored.

In Quebec, when they want to say something is a load of nonsense, they call it “poutine”. French Canadians don’t actually eat this dish of French fries topped with cheese curds and gravy themselves – it was created for export to Western Canada in the hope of clogging our arteries here. They also gave us éclairs – ‘a pastry with cream filling and chocolate icing, long in shape and short in duration’.

According to the Oxford Canadian Dictionary, “shit disturber” is a Canadian term. And “chippy” is another word of Canadian origin. If you have a chip on your shoulder, you may be called chippy. To play hockey rough and dirty is also called chippy, and perhaps that’s why prostitutes were once called chippies.

Canadian adolescents regularly use words many of us were not allowed to say when we were growing up, and they use them on us. Some baby boomers may have never heard these words until we read them in The Catcher in the Rye and Coffee, Tea or Me?.

You know you’re in Canada when you’re invited to “un party” and served “le smoked beef”. It’s considered cool to combine French and English in our vocabulary. How important is the size of one’s vocabulary? As with other things, it’s not size that counts… but how you use it.

Photo by: Tom Henrich flickr photostream, Some Rights Reserved. The Sage nor this article endorsed.