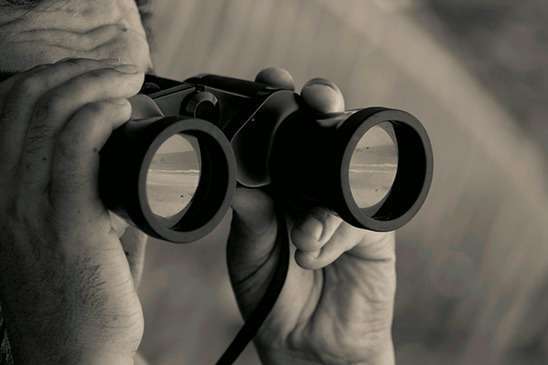 Where in the world is Edward Snowden?

(SNN) - According to Russian President Putin, he is in geo-political limbo, otherwise known as an airport. Or at least the part of an airport,called the Transit Zone, that does not belong to anyone.

It seems that the US DOJ, NSA, FBI, and CIA, along with the Department of Alphabet, Letters and Initials (DALI), have been exerting pressure on anyone who will listen to return Mr. Snowden to the States to face trial for spying.

The esteemed Senator from New York, Chuck “Derottabealaw” Schumer, publicly scolded Putin for ‘aiding’ a fugitive. Mr. Schumer predicts dire consequences for US - Russian relations if Snowden is not “immediately repatriated to the US so he can stand trial for Freedom.”

Putin insists that the “Transit Zone” within the Russian airport is a “dimension beyond what is known to man. It is a dimension as vast as space and as timeless as infinity...It is an area we call the Transit Zone”. Things are just a little different there, and Snowden is welcome to stay there as long as he likes, indicated Mr. Putin.

An un-named source from within the Kremlin, and by un-named, this writer cannot remember his name, isn’t sure how to spell it, and cannot pronounce it either, has stated, “Putin is giddy over Snowden’s landing here in Russia. All of the attention is focused on him (Snowden) and Putin can now wear his Super Bowl ring in public without causing an international incident.”

Some smaller South American countries, whose leaders do not have a Super Bowl ring, have expressed dismay over the pressure being exerted by the US to not accept Snowden’s request for asylum. “We are deeply concerned over the United States pressure on us to not accept the request for asylum by Snowden. The United States government has suggested that if this application is accepted, they will cut off our supply of alphabet. This is unacceptable and a threat to our free speech and our ability to trade internationally.”

The latest information from Russia indicates that Snowden may be terminally stuck in the Moscow airport. It is believed that Snowden has a three day transit visa which is about to expire. Early indications from the Department of Justice are that they feel that a terminal stay in any airport would be punishment enough for any crime committed.

And anyone who has been stuck in an airport terminal for more than half an hour would probably agree.

Photo by: Edith Soto flickr photostream, Some Rights Reserved, The Sage nor this article endorsed.