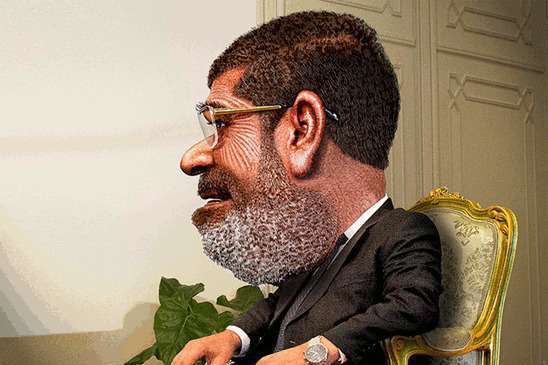 NSA and PRISM top of mind.

(SNN) - This week, although President Obama was in Africa he kept a keen eye on the developments in Egypt. Mr. Obama was concerned that the fledgling democracy in Egypt might be in trouble since Egypt’s president Morsi was elected just a year ago.

Mr. Obama called Mr. Morsi on the telephone. They spoke about democracy and thanks to the NSA and the PRISM program, we have a complete transcript of the short conversation.

M: Hello, I hope, big brother, you called to offer your support to me and the entire country of Egypt.

O: Little Bro, you know I would love to do anything for you, but I am in a predicament. I want to support you, but democracy is about more than elections; it is about listening to the voices of your people.

O: I have an entire agency devoted to listening to people. It is called the NSA and they listen in on everything- phone calls, emails, text messages, even twitter.

(static in the recording)

O: The key is to listen, but not to let anyone know you are listening. If the public finds out you are listening in, they get all Constitutional on you and soon you find yourself tracking down some computer nerd who has fled to Russia....

M: Umm, what does this have to do with me?

O: Well, nothing actually. I just called to wish you the best. And remember, if the army takes over and kicks you out, it isn’t a coup, just be cool. Remember, not a coup, just cool.

Photo by: DonkeyHotey flickr photostream, Some Rights Reserved, The Sage nor this article endorsed. "The Guardian: Mohamed Morsi's power grab is an odd way to build a democracy"