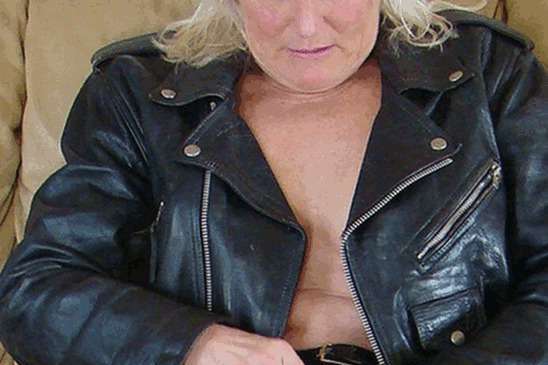 (SNN) - A Toronto, Ontario resident called police on Friday, July 26, 2013 after spotting a cougar in the downtown core around 10 pm.

“I was walking along the street with my dog when I saw something on the sidewalk,” said 23-year-old Anthony Weeblemeister, a young college graduate . “It was a bleached-blond colour and it seemed to be watching me with intense green eyes. I figured it was some sort of animal so I stopped to take a look.”

That's when Weeblemeister realized that the creature he was looking at was a cougar.

"I knew I was in trouble when I saw her bronzed skin, dark mascara and four-inch heels. I was a little bit scared to say the least," he said. Luckily, he managed to escape unscathed by backing slowly around a corner then running for his life.

This not-so-rare cougar sighting is one of thousands that have been reported throughout Canada and the United States over the past several years. Believed to have been wiped out in the mid 20th-century, it is now believed that they have returned due to the growing male-under-30 population.

Unlike pumas, cougars typically hunt for young, energetic, willing-to-do-anything males. Typically blond in haircolour, cougars may also be redheads and brunettes and can range in height from 5'2 to 5'10" with Louboutin heels. They are frequently seen propped up against a swanky bar, wearing a padded bra with cleavage exposed, waiting to sink their claws in an innocent young and strapping buck at a moment's notice. Some are known to play ruthlessly with their victims before tearing their hearts out.

Although Weeblemeister is still feeling anxious about the encounter, famous sex therapist Dr. Ruth Westheimer isn't concerned. "It’s likely she was just as startled to come across him as he was to come across her," says Dr. Ruth, speaking on behalf of the Ministry of Natural Resources. "If you react appropriately by slowly backing away instead of running, you should be fine. However, if you get a little close, you might trigger an aggressive response."

Weeblemeister is relieved to have survived the encounter, and says that he'll take a break from walking along that stretch of the road to give the cougar some time to relocate.

“I’d rather be safe than sorry,” he says.