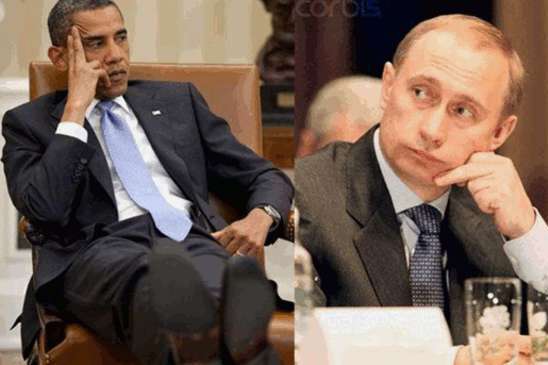 (SNN) - There was a time, when war meant war: When we feared that any small spat between the US and USSR would either lead to a proxy war, or an imminent atomic bomb drop. These days, when the former Superpowers face the same financial and environmental suicides, Foreign policy has changed somewhat. Lately, the Russians have started simply pranking the States, then sniggering behind their back about it. Russia realised that it could ‘stick it to the US’ in a paltry way by simply taking Edward Snowden in, then not asking him for any information about US Internet secrets. This means that the Americans know that one of their own has very embarrassing secrets about their security and internet monitoring, they know that if they bug him, he will find some way to publish them, he is now being protected by a foreign power they don’t really trust, and they don’t care about their secrets. This is embarrassing.

Off-topic, I am still wondering how much money Snowden must have been carrying around. After all, if he has been living on International Departure lounge food and drink for a month, and now suddenly can also afford its internet access prices? Forget secrets – how did he get over half a Million Dollars out of Hawaii – this is the least he must have had with him to live in an airport for 30 days. Every time I spend three hours there, I spend most of my vacation budget.

Back to Putin policy: In another American Punking, he has decided that the former USSR should now be taking the lead of Conservative America, and become more bigoted every day. Not only being a fuel giant, with a virtually impossible-to-decipher local language, and being more corrupt than the average Central American country, it is now embracing religion, preferring women with big hair, and being homosexual-intolerant.

What is more, they announced this just long enough before the Winter Olympics they are hosting, so that Western Figure Skaters may have to think twice. After all, this is the largest meeting of male Figure Skaters, and female Hockey players anywhere in the World. There is likely to be more pink spandex in Sochi than there is at the average Pride parade. Well good luck with that, Russia, it’s going to be tougher than you think to pull off; but if British Prime Minster David Cameron is vowing to stop Internet Porn access in the UK, perhaps you, too, can sit, Canute-like at the beaches edge, and stop the future washing over your feet.

Now, all of this will lead to an interesting economic conference. A meeting that is between, by the way, a head of state that jails anyone that makes too much money, and one that has just allowed its fifth largest city to go broke – nice economic planning, there. At one point, Putin is going to say: “How Y’all doing”, and flash Robert Kraft’s Super Bowl ring, just to pee the president off, even more. Perhaps he’ll also say something like: “Edward’s just offered me access to Anthony Weiner’s Twitter account – did you want to see some pictures we are all laughing at?”