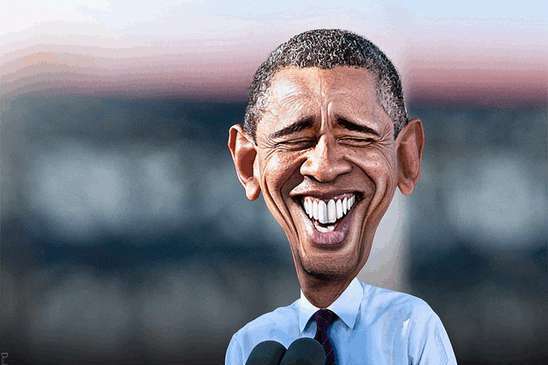 Have you heard there is a new dog in the White House?

(SNN) - President Obama is undertaking a tour through New York State this Thursday and Friday. He is touting his plan to encourage middle-class students to attend college without great sacrifice or immense personal investment. Students across the state and throughout the country are rejoicing.

Max Somnus said, “My parents worked hard to provide for our family; they have been taxed to support welfare recipients who watch flat screen TV’s and eat take out. It’s about time that someone supports us middle-class people so we don’t have to work so hard. We can finally go to school without sacrifice.”

One student, who wishes to remain anonymous, commented that he thinks he will have to “work for about five years after he dies in order to pay off his current student loan.”

Mr. Obama’s plan calls for limiting loan payments to 10% of a graduate’s income and limit the number of years they can pay on a student loan to 20 years. When asked how the difference between what was borrowed and what is repaid was going to be recovered he replied, “It is time for a change. It will no longer be business as usual.”

After his speech in Buffalo, the President traveled east down Interstate 90 to Rochester. There he stopped for lunch in an affluent section of town. It was understood that he wanted to spend time with students. He passed up Nick Tahous, a Rochester institution for years, students have gone there to eat the “Garbage plate” since Frank Gannett first took over ownership and publishing the “Democrat and Chronicle” and long before he took his company national.

Mr. Obama stopped at a diner called “Magnolias”. Local colleges reported a large increase in internet searches for magnolia shortly after the news of his dining choice broke on social media. A customer at Magnolias can purchase a cup of soup and a croissant sandwich for about $10. That same tenspot can purchase a college student’s traditional garbage plate, consisting of hamburger or hot dog, macaroni salad, and home fries, all topped with Nick’s legendary hot sauce.

When asked about his snub of the traditional hangout of college students across the city, he replied, “Have you heard there is a new dog in the White House? He still isn’t potty trained. We are working on that.”

Photo: Donkeyhotey flickr photostream, Some Rights Reserved, The Sage nor this article endorsed.