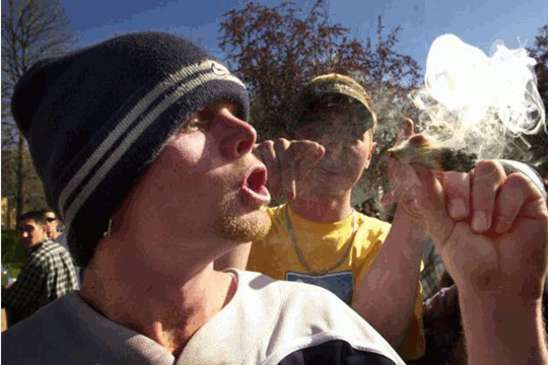 I've got a Secret: Politician's Edition

(SNN) - Recent revelations that Justin Trudeau not only smoked pot as an MP, but inhaled, and damn well loved it, thanks very much, has obviously started everyone wondering what other politicians have, and have not, done in their past. This is important to know because, obviously, anyone running for public office had better had that thought in mind ever since they were about to be sent to bed without any supper by their Mothers’ for something…before they actually do.

Any kind of skeleton in the closet is going to be found out sooner or later, so let’s call an amnesty on these poor public servants’ personal peccadillos, and hold a nation-wide Truth and Reconciliation committee on everyone’s dirty secrets. This way, everyone can get their hair shirt moment over with, spat with each other on who’s more normal, more Canadian, more ‘real’, then we can all get back to work and the slightly more important political subjects such as Search and Rescue crews being forced to use equipment that were won in a box of Corn Flakes, the rebuilding of cities’ infrastructure that has been falling apart ever since they were built in the 1960’s, and the ethnic cleansing of First Nations. To get us started here are the results of the Politician DLS’s (Dirty Little Secrets) to date:

Senator Mike Duffy would like it to be known that not only has he never smoked pot, he has never filled out an expenses report. Apparently, CTV didn’t let him, but the beer was a different matter.

Leader of the Opposition Thomas Mulcair has never taken an English lesson, preferring instead to learn the language through legal briefs, and hiding his worst mistakes behind a beard.

Former PMO chief of staff Nigel Wright ‘definitely smoked pot’, especially when he was signing a personal cheque for $90,000 to Mike Duffy for ‘not embarrassing the Government.’

Attorney General Peter McKay likes ‘the occasional screech’, but stays away from anything illegal that doesn’t have anything to do with Helicopters.

Secretary of the Treasury Jim Flaherty has only smoked anything on occasion, but wants everyone to know that this doesn’t include times when changes to RRSP’s were made to make budget days more interesting.

Tony Clement would like it to be known that he only looks like he`s taken drugs, and the frequent runs to Tim Horton`s are coincidental.

Shelly Glover – as an ex-police officer and now Minister in charge of The Heritage Minutes on TV – says that anything that she has taken has been for purely medicinal reasons…although she admits that Marijuana has such an immense importance to BC`s economy, she aims to make the entire black market part of the Province`s heritage.

Of Course, Prime Minister Stephen Harper has never done anything. Even the thought of talking to someone else has been of concern to him, ever since he has beaten up as a schoolboy, taking his trumpet to chess club at school. In fact, his entire adolescence was prorogued. Realising at an early age that, one day, he was going to get his own back on everyone by becoming Prime Minister, he has been so squeaky clean for his entire life he still believes that we care about Canada`s North.

Steve James is an Actor, Stand up, and Comedy writer in Vancouver BC. He refuses to vote for anyone that hasn`t smoked pot.  Photo Credit:  (c) Steven James, All Rights Reserved.