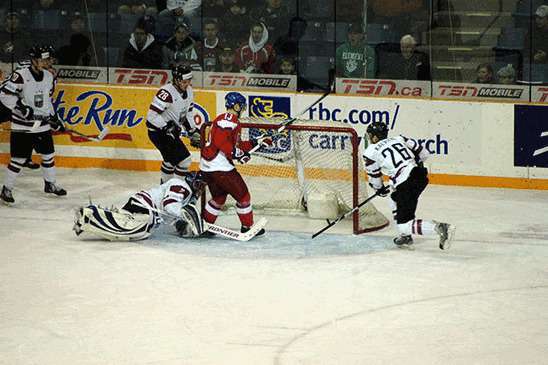 The NHL has announced it will merge with the IIHF for the 2014/15 season.

(SNN) - The NHL Owners Association has agreed to merge with the IIHF (International Ice Hockey Federation) and take on all the IHL mandates for the next season. This will mean that the NHL Players Association will no longer be in charge of the league. The 2014/15 NHL hockey players will be governed under the IIHF Players Association collective agreement and the merger will terminate all NHL players contracts. No more 60 million dollar contracts for one player. The IIHF agreement has a salary cap of $13,000 per week and is then divided equally among the 23 player roster. That means that all NHL players will make $564.22 per week. A much more reasonable fee to pay someone to play a game professionally.

So this means a substantial increase in revenue for the owners of the NHL and a great move up for the International Ice Hockey Federation. All NHL cities will have to build or modify the existing facilities for hockey in their city. All score boards will have to be increased in size to allow the different languages to be displayed simultaneously. A brawl could result in the goalies being the only players on the ice.

Finally, ice hockey that will be fun to watch and safe to play!

Photo: Some rights reserved by Space Ritual flickr photostream, The Sage nor this artcile endorsed.