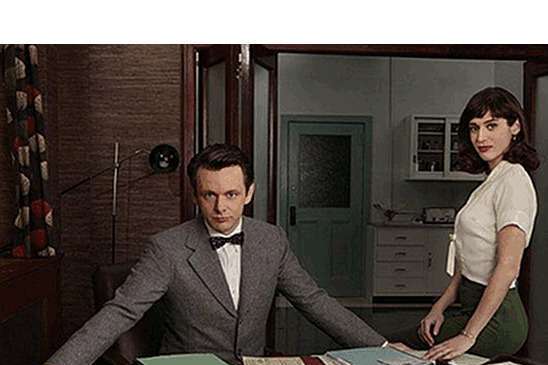 Tells the Story of the 20th Century's Greatest Discovery - the Clitoris.

The series explores one of life’s greatest mysteries. Why, the male of the species, who has repeatedly shown the ability to solve any problem they put their minds to, is totally incapable of figuring out what women want, sexually or otherwise. And as the series unfolds, it shows that, because of a cognitive deficiency, linked to testosterone, it can take at least a decade of intense, scientific research, before it dawns on men what women have been telling them all along.

And if that challenge isn’t difficult enough, Michael Sheen and Lizzy Caplan, who play Masters and Johnson, constantly run into obstacles, as the series builds to a spine-tingling climax. The head of the research institute tries to cut off funding. “For crying out loud,” Barton Scully, played by Beau Bridges, says, “everyone knows, since the beginning of time, that men are the only ones capable of getting any physical pleasure from sex.”

And if that’s not enough, they are held up to ridicule by their OBGYN colleagues. “But it makes no evolutionary sense,” says one, pictured standing between a test subject’s legs, duplicating their findings, “If it wanted women to enjoy sex, I would have placed that inside their woo-hos.”

The series couldn’t have come at a better time. Since Masters and Johnson’s research was published, a whole generation of men have grown up, and studies show, that 62% say they have given it a try, but couldn’t find anything buried in there. Hopefully, the series will encourage them to take another look.