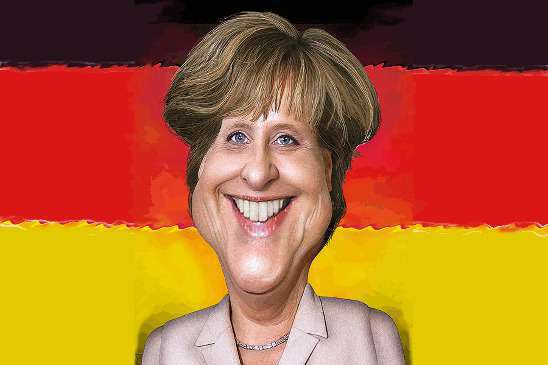 (SNN) - German lawmakers investigating US surveillance of Angela Merkel’s mobile phone said on Wednesday that they would try to take evidence from NSA whistleblower Edward Snowden. But they ruled out allowing Snowden to travel to Berlin.

Suppressing a laugh while his nose appeared to enlarge, Interior Minister Hans-Peter Friedrich told reporters: “We will stick to our decision that Mr Snowden has no right to asylum in Germany because he is not a political refugee.”

But new revelations are certain to further flame the tensions between America and one of its longest-running allies. BND, The German intelligence agency, has confirmed that it may now have a leaker of its own.

The German newspaper, Der Rierre, on Thursday, printed a transcript of a call made by Chancellor Merkel to an unidentified UN official. Sources in the Merkel administration, who wish to remain anonymous, believe the leaked transcript was forwarded to the newspaper by opposition lawmaker Hans-Christian Andersen.

The phone call can be heard in its entirety at http://www.glutengleetenglottenglobin.de. The portion below has been shortened for the sake of brevity:

Merkel: “Hey, Pierre, you know why the last name of the American Director of Intelligence is “Clapper”?”

Merkel: “Because he keeps giving his mistresses the clap!”

UN Guy: “Ha! Clap on, clap off. I think its ‘lights-out’ for that guy pretty soon. So are you still on for next week?”

Merkel: “Yup, we’ll be invading France, starting Thursday. But hush-hush on this.”

Reached at his new job at Radio Shack, former Deputy Director of National Intelligence Rob Smith said: “Faced with the overwhelming capacity of the American surveillance apparatus, Merkel appears to be using derision and fabrication to throw US agents off her tail. It’s just like what I do with customers here at The Shack.”

Photo: Some rights reserved by DonkeyHotey flickr photostream, The Sage nor this article endorsed.

DISCLAIMER: The above article is provided for entertainment purposes only and the article, image or photograph held out as news is a parody or satirical and therefore faux in nature and does not reflect the actions, statements or events of real persons. The opinions, beliefs and viewpoints expressed by the authors of The Sage Satire and forum participants on this web site do not necessarily reflect the opinions, beliefs and viewpoints of the The Sage News Network or the official policies of the The Sage News.
More from Thomas Sullivan