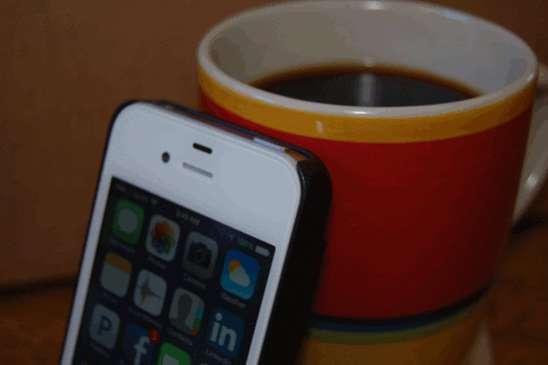 Latest iPhone has Coffee, Wardrobe Features, But No Phone

(SNN) - In the latest Apple software update, incorporated to fix bugs in the iPhone operating system, programmers have included a change that has surprised many iPhone users.

“There’s no phone on this thing,” a surprised Kurt Coen complained in a focus group interview. “I can’t make a phone call.”

That’s because the cell phone feature is no longer included in the iPhone.

“We did a survey”, said Chief Design Specialist Frank Rowe. “It was an extensive survey, including information gathered from our employees, as well as people on the sidewalk outside our offices. We found that nobody actually uses the phone anymore. They text, they message, they email, they play Candy Crush ad nauseum. But we still haven’t been able to find anyone who uses the phone feature. So we dropped it.”

Coen, one of the estimated .02% of iPhone users who actually uses the cell phone feature, disagreed. “I use the phone all the time. I prefer to call people and leave a message. Nobody ever answers their cell phone. They’re always ‘in a meeting’. That way, I put the ball back in their court and never have to talk to them. It’s the best of avoidance therapy and I want it back.”

Gene Fowler, described by baristas as “that rude guy who orders with his phone stuck to his ear” commented, “This is not right. I need the phone feature. How else can I avoid talking to service personnel in lines? And what the heck am I supposed to do in restaurants? Talk to my co-worker who thinks cricket is a real sport?”

Marion Patrick disagrees. “I don’t miss the phone at all. No matter what kind of case I had it in, my butt was always calling other countries that my cell plan doesn’t cover. So, you can have your phone.

Now, if they were trying to remove my moon phases tracker, then we’d have a problem. You don’t want to see me surprised by a full moon. It ain’t pretty.”

Programmers at Apple are reacting harshly to the criticism by the few consumers who actually noticed the removal of the phone feature.

“Well, something had to give. We can only fit so much technology into it unless you want that damn thing to be the size of a 1974 Volkswagen in excellent condition,” said Bobby Cunningham, frustrated programmer, who also works part-time as a used car dealer.

Programmers of non iOS phone systems have jumped into this debate also. An anonymous spokesperson from a cell phone manufacturer named after a berry, commented, “We would never do anything as terrible as this. We make phones that don’t actually function, but they do have the capability.”

When asked what new features might be included in the next update of the iPhone sans phone, programmer Cunningham smiled, “I can’t give anything away, but if you liked tin cans and string when you were a kid, you’re going to love this.”