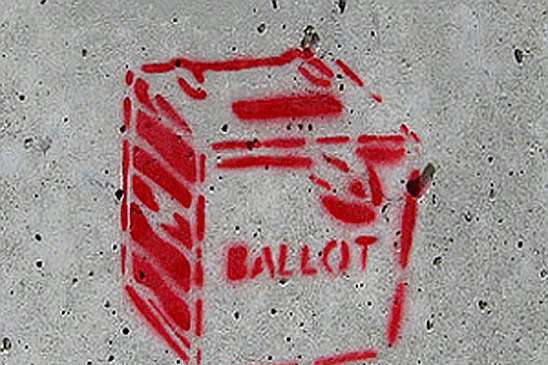 (SNN) - It’s By-election day in Canada on Monday, November 25th. Voters in four Canadian ridings will be able to change the local and national conversation as least as far as their own constituency is concerned. So, what are the vital voting points being discussed?

In Manitoba, things are quiet. In the last all Candidate debate, the federal Conservatives ensured that their rookie candidate missed it all together. Scared, much? Would there be anything that would stop you voting for a candidate more than the guy never being seen? The resulting debate finished early, when the audience ran out of questions. Really? No-one thought to ask: “How do you all stand on selling the Country out to Foreign Government-run companies, with no scientific research made available to argue against it?” Come on Provencher, try to stay awake.

In Brandon-Souris, the top Google search result that isn’t from the Government is from A Country and Western radio station, but no news of any candidates, or half-empty debates. I imagine eventual concession speeches featuring jails, trucks, mothers and dogs. Perhaps things will be more exciting in Quebec?

Well, the Green Party candidate, a ‘star’ ex-NHL fighter (and...is it just me, or is that weird.), will not run due to being charged with multiple counts of fraud; so the excitement is pretty high, here. However, no word yet on voters asking their national Government representative to try to stop the entire province’s infrastructure from falling to pieces, as their local Governments are so far deep into the pockets of organized crime, that every time they speak, the media is covered in a shower of lint. Interesting.

Surely, Toronto Centre offers us a picture of what the electorate wants from its budding MP’s? Well, the website with the most information shows the days to go before the next election as more than 11 months and 2 days; so I moved on. However, doesn’t the NDP candidate have to answer questions about living in a House that costs more than Nigel Wright’s daily ‘favours’ to the poor hard up Conservative caucus?

Sadly, the picture remains the same: The real national fight is between the two right-wing and central parties; the Government will do what it wants, until it accidentally offends one of these opposition parties, then prorogue and jump into hiding until Spring, concentrating on changing Senate reports, and generally living in fear of a summons from the Prime Minister’s office. And people wonder why Rob Ford is the only Canadian political story that everyone’s is talking about.

Steve James is an Actor, Stand up, and Comedy writer in Vancouver BC. He hasn’t seen his MP since she was elected, except for sitting behind the Prime Minister during Question Period. Aah, the glamour.

Photo: Some rights reserved by openDemocracy flickr photostream, The Sage nor this article endorsed.