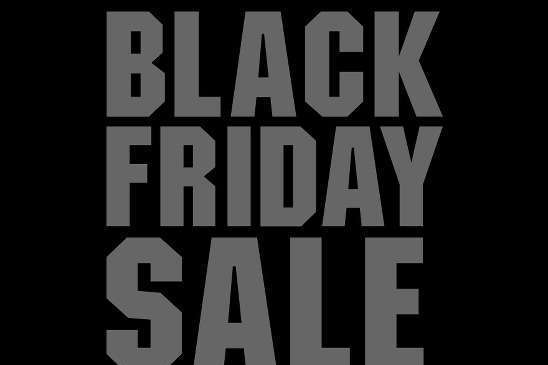 (SNN) - So, this week we all enjoyed Thanksgiving and Black Friday – two dates so important in the Canadian year, they were at least the second lead on news broadcasts for two days. Strangely, they didn’t take place in Canada, but in ‘our neighbours to the South’. It is sad to see that Canadian retailers have to copy America’s marketing in order to stop our citizens stampeding there to buy lots of crap they have to smuggle home. If we have to beat competitors at their own game, can’t we at least wrap them somewhat in a Maple Leaf?

Perhaps, any marketing has to be easy to understand for those that shop on days when everyone else does, just because they can’t stand being left out; but the term Black Friday has no resonance with anyone here. We have co-opted our own from Britain – Boxing Day. Now, this makes sense: Boxing Day refers to a post-Christmas sale where retailers can sell all of the crap that didn’t sell before Christmas, and can be left out on display with a sale tag, rather than going through the process of putting them back in boxes. Of course this doesn’t explain stretching this into Boxing WEEK, starting prior to Christmas. Must be Pre-cognitive:

“I don’t think that this crap will sell at all, let’s see who comes shopping drunk.”

So, if we need a sale on this post no-holiday day in November, how about:

“Pre-pre-Christmas Sales – get a head start on December!” Or Perhaps “Dam Building Sale – time to build for the busy season.” Not only patriotic in a certain way, but also plays on the emotions of people that need to get to Christmas first among their friends and family. But we simply piggy-back on the American way of selling, and give in to US retailers in this country. Of course, this has been happening forever, but I think that this laziness is now getting dangerous. We have become accustomed to copying the US in so many areas.

I have had a close relationship with the Television industry over the last two decades, and have always wondered: What makes Canadian Idol a show that is Canadian, compared to American Idol? Or Entertainment Tonight Canada (In fact, is that actually entertainment? Barely, I think.)? Why do we give up high end non-cable TV stations to the big three US broadcaster that are only showing the same shows that the Private broadcasters up here show two nights later? Doesn’t this hamstring more private Canadian broadcasters? Of course, if we change them to lower down the dial, we wouldn’t watch them, because we can’t be bothered to change the channel, but this is another subject. Why is the CBC showing ‘Jeopardy’ and ‘Wheel of Fortune’?

It gets worse. Why does the Canadian sports TV channel show US basketball, and College Sports? Talking of sports, why does the Canadian Football League import a US college style of overtime to decide games, when they had a perfectly good system of their own – something unique, and just as exciting? Politically, why do Canadian parties import US marketing ideas, along with all of their ‘rat-fucking’ schemes that end up to be as successful as Robo-calling?

It seems to me that to be a Sovereign state, a country has to have everything of its own, using its own brains to market to its populace. It doesn’t hollow out its corporate entities so that their new headquarters are further south than Abbotsford, BC. It doesn’t hand over its territorial border control to a large neighbour, nor offer to hand over its airspace to the same country. If this is the case, what makes us think that we can’t import anything we want to?

Hamstrung by its own Sovereign laws, the Canadian spy agency is not allowed to spy on its own citizens. However, just like Black Friday, it isn’t above importing the Americans to do it for them. The US may know more about you than your own Government, and I don’t mean your preference for shopping bargains.

Steve James is an Actor, Stand up, and Comedy writer in Vancouver BC. The only thing black about his Friday was evening, clouds and underwear.