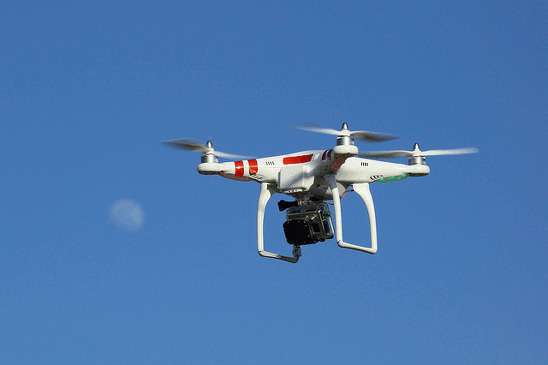 (SNN) - In a surprising turn from its traditional marketing initiatives, Amazon today announced a new look and alternative uses for its force of drone helicopters.

The news followed the lukewarm public response to Amazon founder and CEO Jeff Bezos’ announcements on a recent “60 Minutes” program. Bezos told the news program that his company hoped to use the miniature drones to deliver packages directly to customers’ doorsteps. However, the drones, which the company calls “octocopters,” have raised a red flag with many customers because of drone issues in United States defense strategies.

An ‘on the street’ interview outside a Piggly Wiggly in South Texas resulted in the following responses:

John Miles: “Give me a break. This is just another way to try to put the post office out of business. And we all know you don’t want to make those people mad..”

An anonymous respondent contended, “This is not a good thing. For example, what if the government and Amazon join forces to target certain people who have incendiary viewpoints?” Mr. Fred Wright continued by commenting, “Just what I need is a drone delivering my new copy of ‘Wiretapping for Fun and Profit’ with an attached bomb.”

Amy Brent, longtime member of the Roswell Forever Fraternity, pointed out, “This here is just another way for them people to get close to our houses and listen in on our private discussions. I’ll bet those copters will be taking pictures of me and Waldo in our bedroom at night.”

Others have cited the possible dangers of having the small helicopters flying through neighborhoods. Becky West noted that this initiative is another way the skies are being made unsafe for tall people and hibiscus plants. “We never know when we’ll be getting a delivery this way. I don’t want to come home and find my latest boyfriend has been decapitated just because I ordered “Fifty Shades of Gray” from Amazon. And have you ever tried to return a book with blood stains?”

In light of these concerns, Amazon released proposed new uses for the drone force of helicopters in today’s statement to the press:

“Having noted that the general public does not recognize the fun and positive potential for drones in their lifestyles, Amazon today announces the new drone “Clown Collection.” These drones will be outfitted with red noses, wigs, and clown makeup to make them less scary, because everyone loves a clown. They’ll be available to take photos for children’s parties (up to 48 inches tall). Additionally, the devices will be available for rent to videotape little league games, weddings (of individuals up to 48 inches tall), and personal surveillance of reclining or supine individuals, or individuals up to 48 inches tall.”

Amazon’s upcoming initiatives will be to repurpose one force of the drones, which will be designated as “Mini Choppers” to assist customers in salad making, weed whacking, and extermination of problem animals.

Photo: Some rights reserved by Don McCullough flickr photostream, The SAge or this article endorsed.