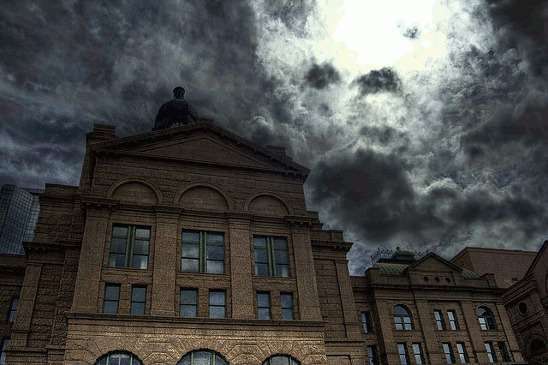 (SNN) - Recently 16-year-old Texas teen Ethan Couch pleaded guilty to driving drunk and killing four people and injuring others, including paralyzing one of his passengers. However, he's not going to jail. Because his parents are wealthy his defense was that he suffered from "affluenza" (aka being a spoiled little rich boy), as if it were some disorder. His father is described as "holding hostages" rather than having relationships, and his mother is described as "indulgent." But can't the same be said of many non-wealthy troubled teen families?

His punishment? Two years in a luxury rehabilitation center for wealthy troubled teens, and ten years probation. You can read about it here and here.

Detractors are saying it's not justice and are comparing Couch's sentence to that of non-wealthy teens that get into the same kind of trouble. In addition, poorer teens in the prison system have records that can follow them for life.

Proponents are saying under the current Texas law, had Couch received the maximum sentence, he would be eligible for parole two years into his 20-year sentence. With the sentence he received he will not do hard time but he will be under threat of the justice system for 10 years, during which time he could be sent to prison if he messes up.

Another factor in teen crime, that has yet to be mentioned, is the development of the brain. According to scientists, the human brain is not fully matured until the early 20s. (You can read about teen brain development here and here.) So can we really hold ANY teen responsible for their behavior? What about adults with brain trauma? Can we hold them responsible for their actions? In light of the number of Traumatic Brain Injuries (TBI) in veterans of the Iraq and Afghanistan theatres, perhaps this is a discussion that needs to be held nationally.

I'd like to believe there is equal justice in the world, especially in the American legal system, but the truth is life and justice is full of human gatekeepers who have all the flaws and biases of any human. Often things are made harder or easier based on whether you're liked, whether you can find common ground with the gatekeeper, whether you have the money or influence to open gates, whether prejudice slams the gate shut....

In the case of Couch, the gatekeeper judge chose to go easier on him than she might have chosen to do, had Couch been from a poorer class. Which leads me to confirm an idea I've long suspected: that you get as much justice in America as you can afford to buy.

Maye Ralston is an opinion columnist for The Sage News and contributes to Writing Heartland blog and the Midwest Writers Workshop blog in addition to volunteering with the MWW Planning Committee.

Photo: Some rights reserved by jayRaz flickr photostream, The Sage nor this article endorsed.