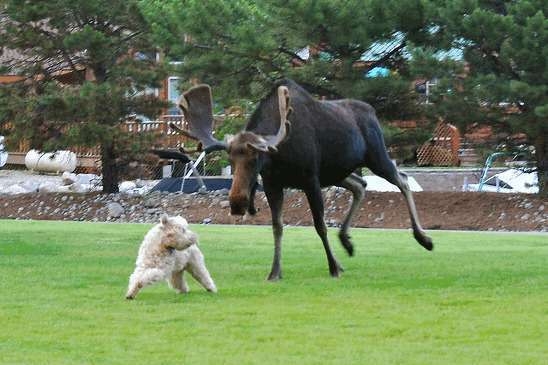 Photo: "I do NOT have spindly legs!"

(SNN) - This is a critical time of year for law-abiding citizens of both Canada and the United States.  That’s because 2014’s new laws took effect on New Year’s Day—January 1st in the US, the last day of harvest in Canada.

I am nothing if not law abiding. I follow the letter of the law even when there’s a Tilde or an Umlaut over it.  Coincidentally, my Aunt Tilde and Uncle Umlaut were circus folk, never to be mentioned at family gatherings.

So, without further ado, or minimal ado anyway, here’s a Baker’s Dozen of the top new laws of 2014.

Photo: Some rights reserved by CaptPiper flickr photostream, The Sage nor this article endorsed.

John "Cork" Corcoran
http://breakingsatire.blogspot.com
http://open.salon.com/blog/corkwriter
DISCLAIMER: The above article is provided for entertainment purposes only and the article, image or photograph held out as news is a parody or satirical and therefore faux in nature and does not reflect the actions, statements or events of real persons. The opinions, beliefs and viewpoints expressed by the authors of The Sage Satire and forum participants on this web site do not necessarily reflect the opinions, beliefs and viewpoints of the The Sage News Network or the official policies of the The Sage News.
More from John "Cork" Corcoran Jr.