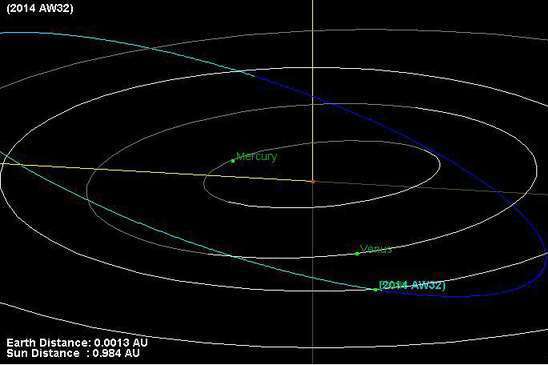 Asteroids and Meteors will be a hot topic in 2014

(SNN) - Welcome to 2014, which I predict will be the year of meteor scares and galactic close calls. Never before have we had as much access to meteor and comet data.  On January 11th, asteroid 2014 AW32 came within half the distance of the moon. It was only discovered the day before on January 10th. It is only 15 meters accross, big enough to kill a city.

I think in 2014, we will hear of many close calls and meteor scares. Ignorance was bliss. I will miss the days when we did not know that a killer asteroid was lurking in the inner solar system threatening to make an impression on our Earth. Two of my favorite sky watchers are Suspicious0bservers and BPEarthWatch on YouTube. They provide me with a daily summary of events that affect our Earth. They may seem to be alarmists in that regard, but if you look at their reports as entertainment and don't get caught up in the what-if scenarios, you will still be able to sleep at night.

The next BIG event will be Jan 15/16 when we pass through Comet Ison's debris. Yesterday, we also had an X-class solar flare which caused a frenzy at NASA and with the airlines. Air traffic was rerouted around the north pole where the radiation danger was the worst and astronauts retreated to their safe rooms. All we noticed on Earth was an impressive Aurora/northern lights show. How many times in the past have we had great northern lights displays and only marveled at their beauty and not the danger that they represented?

This is only the first two weeks of 2014. I look forward to the year to come and all the excitement brought to us by the small media. Big media won't touch this stuff, because they know better. We can't have everyone thinking it is the end of the world all the time.