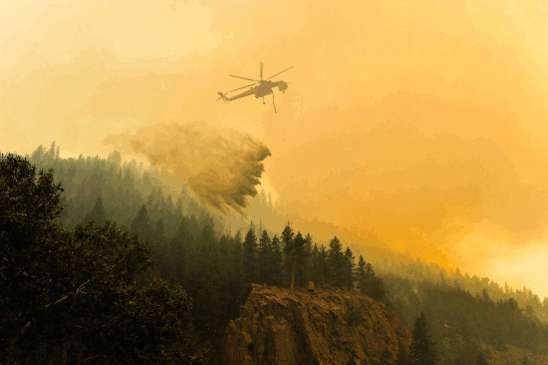 (SNN) - When I was growing up, train travel was a romantic adventure akin to luxury cruising. Having been brought up ingesting Thomas the Tank Engine stories, I looked at trains as somewhat Gentle Giants: Huge, articulated hunks of metal that smilingly pulled passengers gently, caressing them at speed through verdant countryside to parts unknown, and the adventures that awaited them. Despite attempts at further romanticising from Harry Potter movies, our more recent views of the humble train have changed to something a little more eerie.

What has changed? I can never remember as many news stories filled with horror as malevolent trains travelling alone at night across our rural backcountry, fire-bombing small towns with liquid explosion, but there have been more sightings of this on TV than Lindsey Lohan lately. What has happened suddenly to make hauling freight by rail more dangerous for those that live near a track than the annual Eastern Canadian Ice Storm? Has it always been this way, or is this a modern-world problem that hits us due to some damned butterfly flapping its wings in what’s left of the Amazon basin – like the Polar Vortex?

Perhaps reports in previous broadcasting simply went un-reported, or there was a general sentiment that the rest of the country wouldn’t be interested in small eastern towns being turned into ashen, burning Goop by drive-by locomotives? More realistically, it is probably the confluence of various things: A decision to drive more flammable liquids in longer trains, going faster and faster in order to satisfy a ‘just-in-time-delivery’ model that some bean counter told someone in the States would make them a few pennies more on the dollar. The ageing rolling stock and infrastructure in our own country is no match for this sudden onslaught of speed, weight, and faulty equipment that is now being forced to run along our customer’s lines in order to stay alive in the current economic climate. Suddenly, it’s similar to trying to run a nationwide search-and-rescue system with fifteen year old helicopters; or defending Canadian soldiers with Fighter Jets that are so old, they have to be started with a guy winding up the propeller. Oh…wait, we do.

As less and less younger people move into rail transportation as a career, the older, more easily tired workers are being asked to perform duties at a higher speed, with heavier, faster stock, over longer time periods, during winters that are becoming harsher – or not, if you believe climate change deniers, and not the Winnipeg temperatures that you saw all last week.

The question here is simple: Would you rather have a ‘Weekly Fireball’ from ill-managed and safeguarded railways, or trust the same profit margin-dominated people to monitor pipelines criss-crossing the country? Either one of these is Canada’s future. It’s the unspoken line item in the contract of living in an Energy Superpower as envisioned by politicians of all stripes, and it’s a question worth addressing at the next election.

Steve James is an Actor, Stand up, and Comedy writer in Vancouver BC. He stays clear of Railway tracks at all times.

Photo: Some rights reserved by The National Guard flickr photostream, The Sage nor the article endorsed.