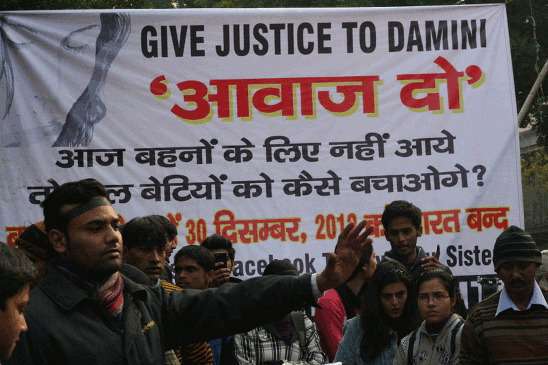 (SNN) - A friend posted an article on Facebook and asked the question, "What should the punishment be for a court that orders a woman to be gang raped?" It sparked several comments from a few men and from myself, including the statement that "women have low value" in some other countries.

At first I couldn't believe something like that could happen. But it did happen, in India. You can read about it here.

Then I remembered a recent American Court decision regarding rape in which a judge said that a fourteen-year old girl was "older than her age," therefore blaming her for her rape by a much older teacher who was given a suspended sentence. The girl later committed suicide. You can read about it here. I am also reminded of the thirteen-year-old female who was gang raped repeatedly by boys and men in her small Texas town. They even videotaped it. Then, the New York Times blamed the victim. You can read about it here. There are several examples like this that anyone can find with a little Internet or newspaper reading.

In America, women still receive only $0.77 for each dollar that men make (for doing the same job) and are less prevalent in leadership positions due to discrimination. Human trafficking isn't happening only in third world countries but in America as well; and its victims are mostly female. The crime of rape and domestic abuse of women is widespread in America while convictions are relatively rare. Victim blaming is the norm. Sexual harassment isn't something that disappeared in the eighties, it is still happening on a daily basis.

I could contend that just living with this kind of constant violence directed primarily at women is in itself creating a hostile living environment for females.

And yet there are many who argue that women are given preferential treatment here. Is this just a form of denial? Or is it a systematic approach to ignoring reality in the hopes that men will continue to experience their entitled status at the expense of women?

We like to think the devaluing of women is worse in other countries; sometimes it is. We like to express outrage over it. But the truth is women hold low value in most countries, including my own. Let's use all examples as a prompt for valuing women more in our own countries, rather than only smugly pointing fingers.

SHORT BIO:  Maye Ralston is an opinion columnist for The Sage and contributor to Writing Heartland blog. She is also a blog contributor and member of the Midwest Writers Workshop Planning Committee.

Photo: Some rights reserved by ramesh_lalwani flickr photostream, The Sage nor this article endorsed.