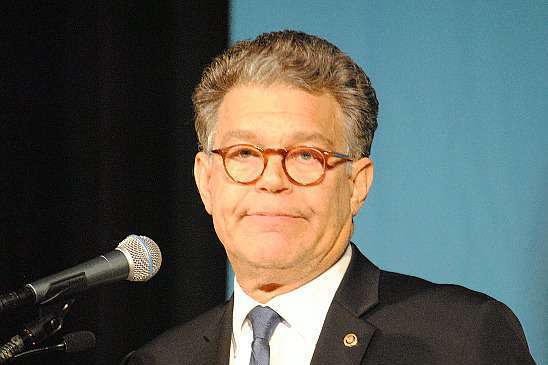 As I mentioned in all my previous letters, we here at the Union of Comedy Actors and Writers have worked tirelessly, for decades, to elect someone to Congress to advance our agenda. And in that effort, we poured millions of jokes, made at your opponent’s expense, into your campaign in Minnesota. And it worked! You came from behind to win by 331 votes. So again, we insist that you show your appreciation by sponsoring the following legislation:

The only thing these poor unfortunate people need is a helping hand, like to reverse the therapy their wives made them go through, so they can go back to being the old, fouled-mouthed, misogynistic selves they used to be - so that they can be productive citizens once again.

Now, Senator, this letter is your last warning. If you do not introduce the above legislation, immediately, we will have no other choice but to turn you into a joke in the upcoming election.

Have a nice day,

Ed Toolis
President of the UCAW