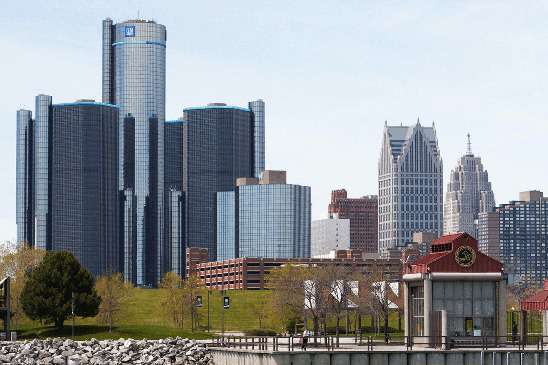 The Dying City and how it should move to the future.

(SNN) - I am lucky to live in a beautiful city, and never forget to remind myself of it daily. Its location is on a coast, and it has Mountains, too. It is more attractive than most people can envision as a four-season paradise. It IS still a city, though, and for most of us we look at these Mega-opoli with some kind of Post-Dickensian dislike: Places where we have to be, rather than – like me – choose to be. Here’s news for all of us, it’s going to get worse – or better, depending on how you look at it.

Cities are not some accidental left-overs from the Industrial Revolution. They are still the engines of countries’ growth, and they are getting more important all the time. It’s time to start looking at cities as something different – not necessary evils in some pastoral fantasy we have of some future life, when Information technology will kill heavy Industry, but vibrant multi-discipline homes of the majority of the World that will only grow in the future. It’s time we made decisions on how they will look and work in the future and not trying to change them for a current generation, to make daily life with an I-Pad easier to accept.

I am a great fan of Futurist Richard Florida, and he brings up some very sobering thoughts of the future of the city, and not only the mega-cities of Mexico City, or Beijing. Did you know that Toronto, Atlanta, Washington, Dallas and Miami all have populations of over 5 million, and that they are receiving new immigration of over 100,000 people per year? As life in many parts of the World becomes unliveable: Around coastlines and between the tropics, they are going to get more immigrants. These people may be the thought leaders of the future, but they are – for the most part – the lowest rung of the economic ladder. Of course, it is also probably the end of Oil transportation as we know it. How is everyone going to cope? It’s time to make some decisions now, for the future.

We are now looking at Mega-cities that bring in more GDP to countries than any other areas in their geographic confines. It is the end of States or Provinces, or even national boundaries. Cities will continue to spread, as more people arrive in them, work in them, and (humans are Human) make trouble in them. We have to move them around. Imagine a time when there are no ‘suburb cities’ on the edge of the Large Neighbour. They will all be part of the same Mega City, and we have to move everyone without automobiles. It's as simple as that. We can no longer 'NIMBY' our way to tomorrow. We have to all turn our lives in the same direction: To ensure that the future of our cities has the economic clout, entrepreneurial atmosphere, and hiring ability to make money for us. It will take a healthy Governmental, Private Industry, Neighbourhood Citizen Groups, and a strong Union structure to make it all work. We need more flexible building and zoning regimes using greater City Centre density and also in today's suburb-cities. So let’s start with affordable, dependable, pleasant public transit, and let’s build it today.

Detroit, for instance, is going to have to find a way to clear their hollowed-out core, and re-build it so that the wealth moves back downtown. New York and London face similar issues. Cities are becoming the incubators of both the political and industrial futures, and their mayors are the new legislators of the world. But they cannot do it alone. As class structure continues to merge, we have to find a way to move as one into the future, and local mayors are the answer.

If a solution is to be found, as wisdom suggests, it will be found at the local level. Cities and mayors are important, yes, but they cannot do it all by themselves. So, how are we going to help?

Steve James is an Actor, Stand up, and Comedy writer in Vancouver BC. He gets most of his material on the Bus.

Photo: Some rights reserved by IcronticPrime flickr photostream, The Sage nor this article endorsed. Original image can be fund here.