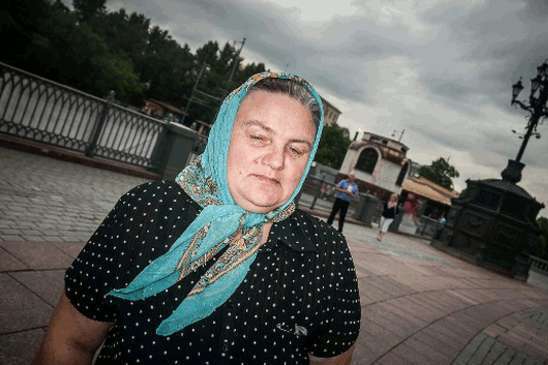 (SNN) - The Ukrainian interim government announced today that inflammatory foreign documents were found in ex-President Viktor Yanukovych's office in Kiev. The documents were apparently left behind by a delegation from the Parti Quebecois, a provincial government that sometimes admits to being part of Canada.

Attached to the documents were briefing notes from officials in Mr. Yanukovych's office. It appears that Ukrainian officials had asked the Parti Quebecois for advice on how to “blend” the pro-western segments of the country with the pro-Russian ones. Ukrainian officials were under the impression that Quebec was a multicultural society that protected, under law, the freedom of expression and religion.

According to a government spokesman, Nanko Pot, the three documents were entitled: “The Charter of Ukrainian Values”, “How To Assimilate Minorities In a Democratic Society” and “Facing A Fragmented Society? Blame a Minority!”. Mr. Pot commented that the pieces generally appeared – on first impression - to be non-threatening except for the last one.

“Religion is very important in our society, and unified the Ukrainian people during the Soviet occupation. We thought that we would try and enact some of the principles brought forward in the first two documents. The last one, however, scared the bejeezus out of us.

Mr. Yanukovych decided to try some of the ideas spelled out in the Charter.

“The first thing that we decided to do was ban the wearing of Babushkas. These are obviously Catholic religious symbols that denigrate women much like a Muslim head scarf, so we banned their usage.”

“Our policemen went to Independence Square and started to fine women for wearing Babushkas. Unfortunately, the women fought back by beating the police with large rings of garlic sausage and pelting them with pierogies. From there, things got out of hand really quickly!” said Mr. Pot. “Mr. Yanukovych fled to Russia shortly after.”

Photo: Some rights reserved by MichaÅ‚ Huniewicz flickr photostream, The Sage nor this article endorsed. Original image can be found here.

DISCLAIMER: The above article is provided for entertainment purposes only and the article, image or photograph held out as news is a parody or satirical and therefore faux in nature and does not reflect the actions, statements or events of real persons. The opinions, beliefs and viewpoints expressed by the authors of The Sage Satire and forum participants on this web site do not necessarily reflect the opinions, beliefs and viewpoints of the The Sage News Network or the official policies of the The Sage News.
More from Ian Hunt