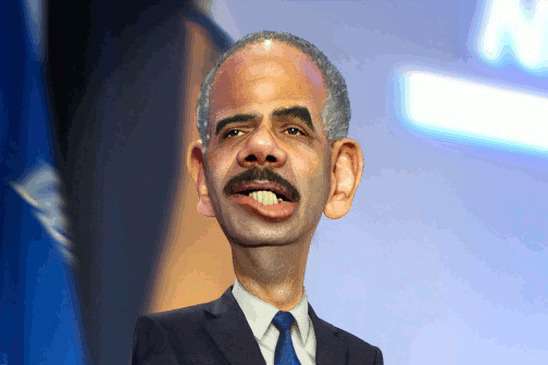 (SNN) - When Attorney General Eric Holder commented that, once felons have paid their debt to society, their Constitutional right to vote should be restored, the response was swift.

“Everybody knows that most criminals in this country, caught or not, vote Democratic,” Senator Mitch McConnell said with outrage at a hastily-organized press conference. “And giving them the vote is a blatant attempt to give Hillary the 440,000 votes she’ll need to steal the Republican sweep of the 2016 elections.”

“Right,” another standing behind him shouted. “If our party hadn’t passed those mandatory-sentencing laws, tens of thousands of criminal minority types, those we were able to sweep off the streets of Florida, would have voted for Al Gore in the 2000 election. And we all know what kind of a disaster that would have been.”

Speaker Boehner said, “And since money, especially that gotten from illicit activities, is the greatest morally corrupting force in Washington, I doubt we’ll be able to stop this from becoming law.” On the verge of tears, he added, “I mean, when the felon lobby has the power to pay off the Attorney Genera so he’ll make the statement they wrote for him, you just know they have every Democrat in Congress in their pockets, too.”

Photo: Some rights reserved by DonkeyHotey flickr photostream, The Sage nor this article endorsed. The original image can be found here.