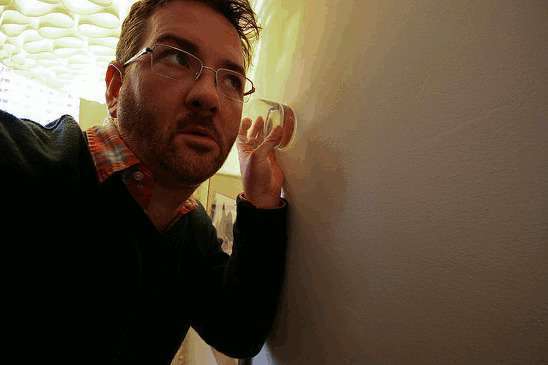 The proposal is the result of months of work by Attorney General Eric Holder and intelligence agencies, who were tasked to come up with alternate solutions for collecting a whole bunch of personal information on U.S. citizens, and just about anyone else in the world, without people getting too worked up over it.

Speaking to reporters at The Hague on March 25, 2014, the POTUS defended the government’s right to collect “whatever the hell they please". Obama also went on to say that the reformed program would address critics’ concerns that the government is spying on its citizens.

“Well, d-uh, of course we are,” said the president. “That’s why this proposal will ensure that the government remains in possession of bulk data while remaining completely transparent about the fact that we are, in fact, listening to every word you say.”

Under the proposed new law, which is being rushed through Congress, all U.S. citizens will now be required to initiate three-way conference calls each and every time they use their phones. Each call will include, at a minimum, the caller, the callee and an NSA representative, and will need to be routed through AT&T’s Conference Calling Service. Users will be required to enter a PIN to participate in any call.

Obama also confirmed that each call will be recorded through a transcription service.

“Copies of transcribed conversations will be forwarded to all parties to confirm accuracy, and they will have three days to provide comments after which the content will be deemed final,” said the prez, before confirming that his own calls would be exempt. “As if I’d let you see my conversations,” he snorted.

As for text messages, they will also be included in the proposed legislation. Americans will be required to carbon copy all texts to the POTUS at 1-800-READ THIS.

When asked by Sage News where all this information would be stored, the President directed the question to the technician manning his teleprompter:

“Ummm, yeah… Well… All conversations will be filed with the Library of Congress,” said Joe Applebaum, reading from the screen. “This way, any citizen has the opportunity to consult them, and possibly sue someone, at their leisure.”

The teleprompter guy also confirmed that excerpts of random conversations will also be tweeted by the NSA for general public consumption and overall entertainment value.

The new program is set to take effect immediately, whether or not Congress approves it.

Photo: Some Rights Reserved by A. Strakey flickr photostream, The Sage nor this article endorsed. The original image can be found here.