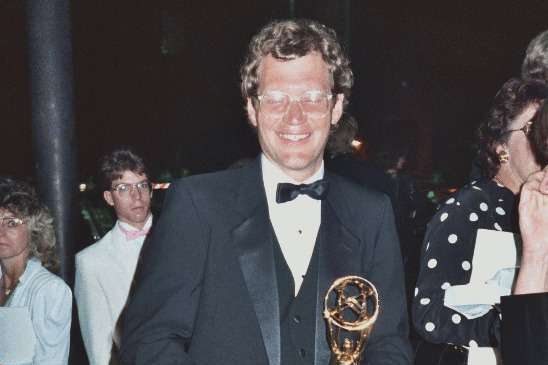 The Day I Met David Letterman

Photo: Dave Was Always a Winner

(SNN) - As you may have heard, talk show host David Letterman is retiring in 2015. The author was a former entertainment reporter who covered the annual Emmy awards, where he once stopped Letterman in his tracks.

It was 1993, back when Dave would attend awards ceremonies, back when he and his show were nominated for Emmys every year. (He’s won seven, including two for his daytime show).

Dave and his fellow Late Night/Late Show crew flew in from New York for the ceremonies, and after resting their arms, went to the big show.

Letterman always avoided the Celebrity Perp Walk down the red carpet. Phrases like “it’s an honor just to be nominated,” and “I owe my success to hard work and faith in the Lord” have never flowed trippingly from his lips. And rather than speed past the media without stopping, Letterman came in the back way.

The Emmys took place at Pasadena Civic Auditorium back in those days. After the celebrity arrivals, the cassettes filled with their pithy nuance and humble brags were hustled over to the live trucks parked in a nearby lot, and beamed out to the world.

I was speed-walking back to the truck--albeit without the girly hip action of the Olympic style speed-walker--when I spotted The Man. He too was speed-walking, directly toward me, head down, deep in conversation with a companion. I had no camera nearby for an attempt at an interview, but I hoped for a few words with my favorite talk show host. First job, stop him

I considered a cross body block or lame opening gambit like “I love the Top Ten List” or “Wanna see where the horse bit me?” But as I too have no off position on the genius switch, inspiration struck at the last second.

“Dave, we have a friend in common,” I said, and he hit the brakes.

“And who would that be?” he asked with that patented wry smile conveying both this- better-be-good” skepticism and genuine curiosity.

Uh-oh. “Greg Risch. A reporter. Said he knew you in Indy...” I said fearing I’d made a fool of myself. I got ready to sprint into the night.

Not bright enough to quit while I was ahead, I added, “Is he on your Top Ten List of friends?”

Ignoring my idiocy, he asked, “How is Greg doing?”

“Tell you the truth, Dave, I haven’t seen him in ten years. I was just trying to get you to stop.”

His expression showed he either admired my honesty or he’d had a bad Taco for lunch. As he turned to go, he said, “Well if you do see Greg, give him my best.”

In the years since, I’ve fantasized about guesting on The Late Show and killing during panel by retelling that yarn. I even had a topper: “And you know, Dave, I still have no idea what Greg Risch is up to.”

That never happened and never will. But in researching this story, I Googled to see if there was anything there about Greg Risch. There was just one item.

The Washington Post reported that award-winning journalist and director Gregory C. Risch, born in Indiana, who once worked at an Indianapolis television station, had died November 6, 2006, at age 59.

Connect with: "John Pesky Corcoran" on Facebook and "OldCootCork" on Twitter
Photo by Alan Light flickr photostream. Used with Permission. Original Image can be found here.