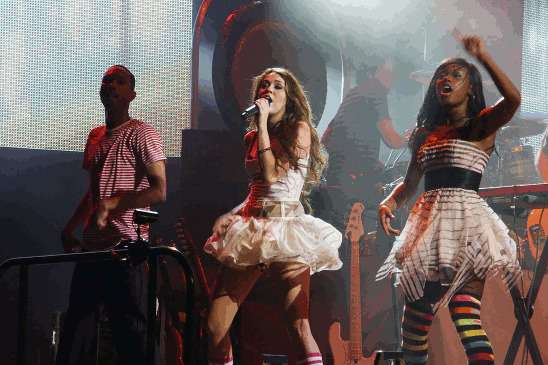 Did Miley Cyrus Tweak Her Twerker?

(SNN) - Is Miley Cyrus' recent hospitalization for an “allergic reaction” to medication real, or a cover-up for a more serious ailment?  Some medical skeptics reacted to the diagnosis with a semi-autonomous, convulsive expulsion of air from their lungs through the nose and mouth. Others say an allergic reaction to medicine is nothing to sneeze at.

(Cyrus has since been released and moved to an undisclosed location, but her original ailment remains a mystery.)

BreakingSatire has learned from an inside, hitherto semi-reliable yet intermittently-incontinent source that there may be an even more shockingly ominous or ominously shocking reason for her hospitalization.  She may have a career-threatening injury to her Twerker.

The source, who remains anonymous because we’re too lazy to make up a fake name, tweeted that Miley suffered a pulled Twerkstring Tendon last month during rehearsal.

Cyrus went on with the show but hyper-extended her Maximus Twerkimus and may have dislocated her entire Twerkworks.  Still, brave trooper to the end, the show continued with her.

“You couldn’t drag her off that stage with a team of wild horses,” an eyewitness said, “They tried to, but Miley scared the hell out of the horses.”

“You must replace the entire Twerk assembly with a cadaver Twerk, and while you’re up there, you might as well clean the filters, lube her crankshaft and test her timing chain.”

“Twerk replacement can be a career-ending injury, although not necessarily to the victim's career.” Dr. Ooze explained.

“A young ballerina I knew had unsuccessful Twerk surgery in 2005, and the next week her uncle left show business.”

Meanwhile, Cyrus is upset over continuing rumors about her health.  She recently tweeted fans, "Shut the f**k up & let me heal,” adding “Keep it classy, y’all.”

One alternate theory about her hospitalization is she’s still mourning the death of her weiner dog, “Anthony.”

If it is a Twerk injury," Dr. Ooze emphasized, "Cyrus may need a year to recover.

“If Miley over-twerks her groove thing onstage, there’s a decent chance her ass will fly off and land in the balcony."

Photo: Some Rights Reserved by Ronald Woan flickr photostream, The Sage nor this article endorsed. The original image can be found here.