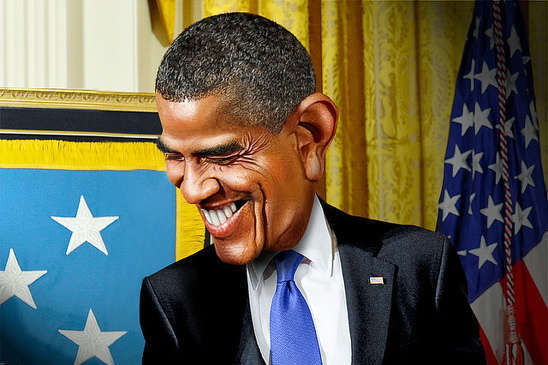 Another Snippet from Fox News

(SNN) - “I’m here on the floor of the annual Conservative Conspiracy Book Authors convention,” the female Fox reporter stated with deep concern, surrounded by a crowd of outraged attendees, “where everyone just got the horrible news. The DNC has data-mined all the book titles and headlines the Republicans used during the Obama years, and have copyrighted them with every possible permutation of Hillary’s name - both in English and in Spanish - so none of the authors here can use them unless they pay the DNC tens of millions of dollars.”

“This is a perfect example,” one of the attendees bellowed over another’s shoulder, “of how the policies of the Democratic Party are destroying American capitalism.”

“Right,” the woman standing next to the reporter cried out like a wounded animal, “I made a killing with my book, Everything in This Country’s Turned to S**t under the Obama Administration. And so I’ve been praying that Hillary would win the 2016 election, so all I had to do was change one word to keep the gravy train going for another eight years,” She broke down and sobbed. “But now I’m screwed.”

A man barged in. “Years ago, I made a killing on Bill Clinton’s sexual escapades.” He shook a finger and ranted, “So I figured I’d keep scoring big time with a book about the black dude partying down with a bunch of white chicks in the White House. But no scandal ever happened, so I couldn’t even get it published, let alone get on all the right-wing talk shows, to promote it. And now, I was counting on getting out of debt with my new book about Hillary’s lesbo escapades in the White House.” Then he yelped, “But it takes a killer title to make the big bucks, and they got every last one of them locked down.”

“The media ignored my first book,” a woman moaned, with an anguished look on her face, “A DIY Guide to 113 Life-Saving Surgeries You’ll Have to Do when Obamacare Destroys the Greatest Healthcare System in the World. So I came up with How Hillary’s Political Machine Robbed God of His Choice for President.” Then she broke down and cried, “But how am I going to become a household name and make a ton of money, if I can’t use that title.”

“I thought, why the hell should Fox News be the only one raking in the dough,“ another man barged in and lectured. “So I sunk every dime I had into my own cable channel.” Then he shouted with all the venom he could muster, “But what the hell are we going to talk about, on my channel, now that the Democrats have a lock on all the phrases we need to use to express our outrage and paranoid delusions?”

Just as a couple more were going to vent their spleen, the Fox reporter’s face filled with horror. “Oh, my God, what if their evil plan is to use all those titles against the Tea Party, . . .or heaven forbid, Reagan.”

“Quick, before it’s too late,” a male voice from somewhere shouted. “We’ve got to buy up all the possible positive titles and phrases, to deprive them of that option . . . ”

To read a sample of Ed Toolis’ book, There’s an App for That

Photo: Some Rights Reserved by DonkeyHotey flickr photostream, The Sage nor this article endorsed. The original image can be found here.