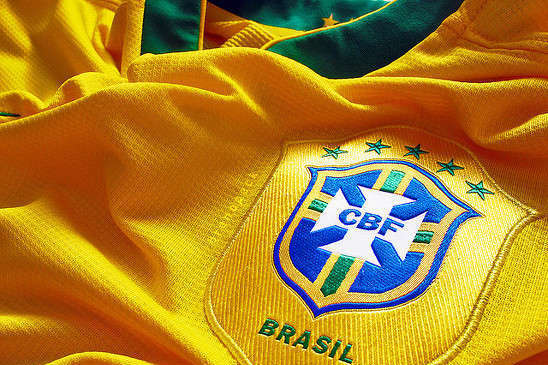 Brazil's crucial mistake in preparation to the 2014 World Cup

(SNN) - With less than a week left until the World Cup kicks off in Brazil, violent protests are flaring up again across the country, reminiscent of the Confederations Cup protests last year when a million people took to the streets.

The initial protests took place because of a rise in transport fares, which were lowered again when people started burning busses instead of riding them. However, the initial outrage did lead to people noticing the $11.3 billion price tag of the 2014 World Cup, for which they were so graciously paying. This did not sit well with them, considering that most of the country has a quality of life similar to third world countries, despite being the seventh largest economy in the world.

You might think that’s it’s just the cost of hosting an event as big as the World Cup, but to put this in perspective, the 2010 World Cup in South Africa cost $3 billion, while the 2006 World Cup, hosted by Germany, cost a little over $4 billion. Despite the $11.3 billion invested into preparations for the World Cup, very few stadiums, airports or transportation projects are finished and most of them won’t be ready in time. Brazil had more than 7 years to prepare for the event, so what mistakes did the Brazilian government make that led to the current situation?

Brazil is plagued by corruption, and like any corrupt country hosting an event of this magnitude, a lot of money allocated to funding the event was, naturally, stolen. Unfortunately, while stealing huge sums of taxpayer money, the Brazilian government made a big mistake of continuing to be a democracy, rather than installing a ruthless dictatorship.

Take Russia, for example. Before hosting the 2014 Winter Olympics with a $50 billion price tag, Vladimir Putin made sure to plunge Russia back to the Soviet era and abolish any hope the country had of moving towards a prosperous future. This allowed him and other top officials to steal billions without any hassle or violent protests.

On the other hand, Brazilian president Dilma Rousseff did not turn the country into a dictatorship and went with an alternative solution known as “Bla Bla Bla Bla Bla, I can’t hear you”. Unfortunately, this allowed people to oppose top officials stealing billions of dollars in taxpayer money without the fear of disappearing in the middle of the night, which led to the violent protests.

While police and army units have been cracking down on protesters, using tear gas and rubber bullets, this is nowhere near enough to scare people into stopping the protests. No preemptive measures are taken to arrest people who might be thinking of protesting, no draconian laws, which ensure decade-long prison sentences for anyone who takes part in the protests, are being passed and no tanks are charging the protesters.

As far as stealing billions and getting away with it goes, this just won’t do. Now, there is chance that many of the officials responsible for the corruption may be forced to answer for their crimes and lose all that hard-stolen money. On the bright side, the 2018 and 2022 World Cups will be great for stealing taxpayer money, as Russia and Qatar take center stage. These dictatorship powerhouses will surely show Brazil how to properly steal taxpayer money while silencing anyone who dares to speak out against it.

Photo: Some Rights Reserved by Breno Peck flickr photostream, The Sage nor this article endorsed. The original image can be found here.