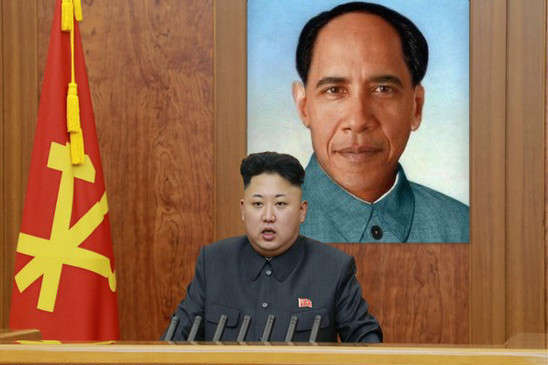 (SNN) - Yesterday, the UN Security Council gathered for an emergency meeting to discuss a pressing issue regarding North Korea. Apparently, it has been more than a month since North Korean leader Kim Jong-un made any angry public statements, launched a missile into the sea, or threatened nuclear annihilation on the world.

A statement released by the Security Council says that the US, France, UK, China, and Russia are deeply worried about the North Korean leadership, since it is highly unusual of them to go a full month without lashing out at someone.

The US, UK, and France stated their concerns that lack of disturbing North Korean rhetoric is forcing them to address other important issues, such as climate change and dependence on fossil fuels, which they really don’t want to do. Russia and China are equally worried that the lack of North Korean craziness diverts the world’s attention from the peninsula to the massive human rights violations going on in their countries.

However, many agree that the Security Council’s statements don’t reflect the real problems with which they might be forced to deal. President Obama noted that the situation was looking very bleak. “It seems that after the death of his father, Kim Jong-un has deviated from the generally accepted 5 stages of grief and jumped from anger straight to depression, which may result in unexpected consequences. We have to be ready for anything.”

The South Korean military is on high alert, with thousands of extra troops deployed to the border. South Korean president Park Geun-hye held an emergency press conference, where she stated, “It seems that Kim Jong-un has finally snapped and will attack at any moment. All reserves must be mobilized immediately.”

After a 12-hour closed meeting, an attempt was made to reignite the anger stage in Kim Jong-un, so the world would have a little more time to figure out what to do next. At 5 AM Pacific Time, a copy of the Desperate Housewives Season 5 on DVD was thrown over the North Korean border. Unfortunately, after hours of waiting, nothing happened.

“This is crazy”, said UN Secretary-General Ban Ki-moon, “On any other day we would expect mortar fire from the North Korean side after such a daring provocation, but there is only silence; the world has never been this close to all-out war on the peninsula.”

After the initial plan failed, the Security Council attempted to pass a resolution forcing China to go knock on the North Korean border to find out if everything is ok. Unfortunately, China has blocked the resolution, stating that they will not go anywhere near those nutjobs.

At this point, no one can give a good estimate of whether Kim Jong-un will be able to safely transition from depression to acceptance, or if he will snap and start another major war. The international community is working round the clock to try to get the situation under control, but North Korea's complete isolation from the rest of the world is making this task very difficult. “What I wouldn’t give to hear about North Korea conducting another nuclear test right now”, said Ban Ki-moon.

Photo: Some Rights Reserved by Richard Loyal French flickr photostream, The Sage nor this article endorsed. The original image can be found here.