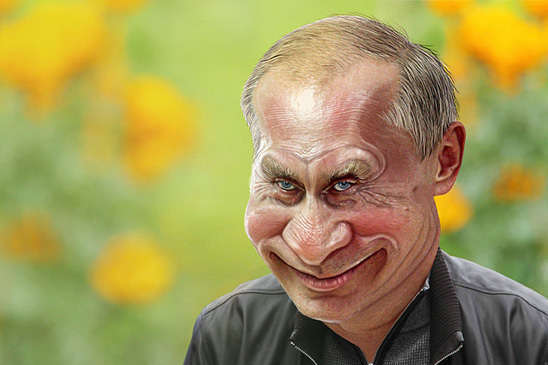 Russia Imposes Sanctions On Its Own People

(SNN) - Recently, Russia‘s food-safety agency has been very busy, banning food imports at a stagerring rate. Just in the past few weeks, Russia has banned Ukrainian dairy products, Polish fruits and vegetables, and threatened to ban US poultry. Russian officials maintained that these bans have nothing to do with the tightening of economic sanctions against their country and they are just looking out for their citizens.

Lawmakers were also getting in on the action. Just a few days ago, three Russian PM‘s introduced legislation that would equate fast food to cigarettes, requiring all fast food chains to place frightening pictures on every product, illustrating illnesses that fast food may cause. On the other hand, in fear of crippling the economy, no one dared to propose placing frightening pictures on vodka bottles.

The biggest blow, however, came yesterday, when lawmakers banned the import of all foods from all the countries which imposed sanctions on Russia. With these moves Russia has sent a clear message to its own people, awknowledging that they are willing to send them back to the stone age, if necessary, to make Russia seem tough. United as always, the Russian people have never backed away from taking some hurt for the sake of Vladimir Putin and his puppet government‘s political games.

In fact, a survey conducted by the Russian government found that 99% of Russian citizens fully support these measures and gladly agree with the dwindling choice of foods available to them. 98% of respondents also strongly agreed with the statement “Are you fine with skipping breakfast until we crush those capitalist pigs?”

Banning food imports in Russia is so popular that thousands of people took to the streets in support of the recent decisions. However, the spontaneous demonstrations were cut short after there were numerous reports of people attacking food delivery trucks and running away with food in all directions. In a press release, government officials stated that these attacks were directed against the presence of foreign food in the country and that people were simply trying to protect themselves from the scourge of Polish apples and Ukrainian beans.

It looks like Russia can finally stand up to the evil West and defeat them through the power of hunger and malnourishment. Obviously, they can’t possibly fail with the powerhouse that is the Eurasian Economic Union behind them. If for some reason you haven’t heard of this all powerful organization, the EEC is a union that was created by Russia, an alternative to the EU and NATO. Currently, the EEC has as many as three members - Russia, Kazakhstan and Belarus. Unlike Ukraine’s poor choice of siding with the European Union, progressive countries like Armenia, Kyrgyzstan and Tajikistan have also expressed interest in joining the EEC. All of this will surely make the EU and US think twice about imposing any new sanctions in the future.