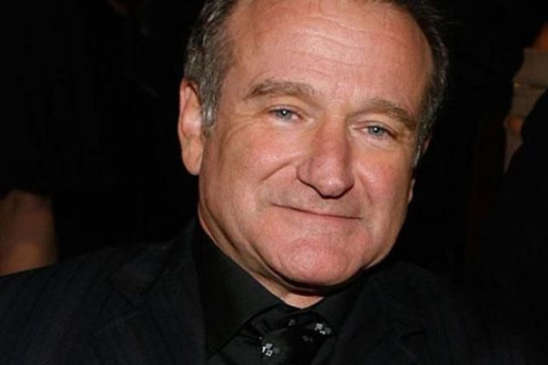 John Cork Corcoran was a television entertainment reporter in Hollywood for many years. He recently returned from a visit to Tiburon.

(SNN)  - TIBURON CA—When we arrived in Tiburon, Monday, August 11th , the first question my adult son asked me was “Do you have any pictures of you and Robin together?”  I thought for a few minutes and realized I probably did not.

“How about me and Robin?” he asked.
“You met him?”
“Yes, when I was in high school, you took me with you to a live shot with him and I met him.”

I didn’t know Robin Williams, but like so many people who covered the entertainment industry during some of his four-decade long career, I had encountered him, and experienced his genius and his kindnesses first hand.

Generous? Yeah, and pure gold to a reporter.

In the sort of junkets Robin Williams did for his movies, maybe 50 entertainment reporters, producers, show hosts and the like would have one-on-ones with the talented Mr. Williams.

When you’ve done these thing before, you find after a while that the subjects of the interviews, hearing the same questions over and over, get into a rhythm of answers. The same tired stories get told over and over.

After all, how many different ways can you answer “What brought you to the project?” or “What was it like working with (insert co-star’s name here)?”

If you hung out in the tech areas, where the interviews were watched and checked, you’d soon learn that. You’d hear the star you just interviewed give the same answer he’d given you to another interviewer. Occasionally someone in the tech center might answer along with the star the answers were so predictable.

But Robin Williams? No way baby. The techies got the full Robin, and everyone who interviewed him got something different, creative, sometimes ingenious, always unique.

That was Robin Williams. Didn’t play by the rules. Played better than the rules

I interviewed Williams maybe a dozen times. He’d do live shots too, including the one where I brought my then teenage son.

People with comedic talent tend to fall into two categories. Those who are “on” all the time, and those who turned it on when needed. Williams was in the latter category—the primary difference being he had a much faster switch than anyone else.

Working out of LA I saw him more often at events, interviewed him a little more than out-of-towners might, but he remembered me after a while because of a review of one of his movies I got wrong—very very wrong.

It hit me on a good day I guess, and I gave it a rave. I then took my family to see it and realized I’d made a terrible mistake. It was awful.

The next time I interviewed Robin he was ready. He introduced me around the room as  “This is the only critic who liked ‘Toys'. So be extra nice to him.”

He then led a chorus of boos. Every interview after that, he’d remind me of my  “Toys” review, all in good fun.  Robin always wanted to give good fun.

You didn’t need to prepare for a Williams interview. He handled the heavy lifting. More than once we got off on a tangent about comedy or something serious and obscure. Spotting the “one minute” count down signal, he knew instinctively I didn’t have anything “Robin Williams-like" to use. And, without benefit of a question, off he went on a minute long riff, jumping into and out of accents, voices and topics. I had more than enough.

Robin had his share of bad movies, but he will be remembered for the great ones. Turned out he was one of those comedians who could act. “Good Morning Vietnam” and ”Mrs. Doubtfire,” most memorably. He won an Academy Award for ”Good Will Hunting.”

It was a coincidence that I ended up where Robin Williams lived—and died on that sad Monday--but I was able to watch the San Francisco stations news coverage last night.  Care was taken with the Man on the Street interviews--neighbors, a kid who’d run into him in the neighborhood when he rode his bike around, someone who shared a few words with him at a local market. He was, they said repeatedly, a “Good neighbor”

He adopted San Francisco as his home town; he lived in this small upscale but friendly village a few miles past the Golden Gate Bridge.  He was a frequent Tuesday night performer at Throckmorton’s for nearby Mill Valley’s weekly comedy show. It was a favor, perhaps, to an old friend, Mark Pitta, who emcees the show each week, but has not enjoyed the mega success Robin had. (That week’s show was cancelled in Robin’s honor). It was a chance to keep his hand in, too, and mingle with another local legend, Mort Sahl, and whichever comedians were lucky enough to be working that night.

People in the industry of course knew Williams had a dark side, an unending battle with bi-polar issues and depression. His control over his addictions came and went. On one of the newscasts, one local TV station cameraman who’d run into him at an AA meeting spoke of his generosity to others who were hurting

So, yes it probably was the insanity that led him to take that final, lonely step. There has been no shortage of speculation.

Something is just so damn sorrowful that the man who brought so much laughter to so many millions died so all alone, in sadness beyond imagining from the only thing he could not out-riff.

Unaltered Photo: Some Right Reserved by Hot Gossip Italia flickr photostream, The Sage nor this article endorsed. The original image can be found here