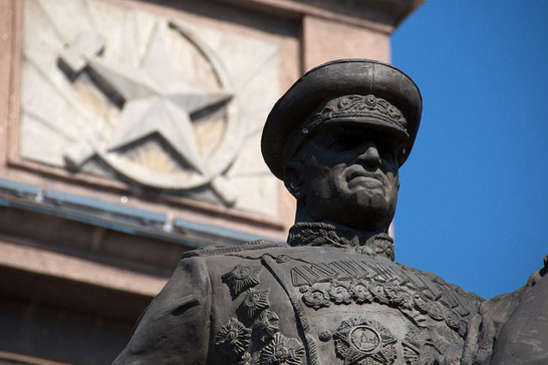 (SNN) - A mysterious epidemic is sweeping through the Russian military. As reported by the Russian state media, over the course of the last few days, dozens of soldiers have died all over the country without any apparent reason or explanation.

The military refused to comment on the situation, but did state that the mysterious deaths have nothing to do with the fact that the Ukraine government accused the Russian military of crossing its border just days prior. After the allegations were made, Russian officials laughed them off, stating that it‘s "hooey“.

Since military invasion of a foreign country is ruled out, it is possible that whatever killed those soldiers might be some sort of highly contagious disease that can cause more deaths in the future. In fact, soon after the incident, reporters from a non-state run Russian TV Channel “Rain” descended upon a graveyard in the city of Pskov, where one of the dead paratrooper's funeral was taking place. They felt the symptoms of whatever killed the paratroopers soon after arrival, as they were attacked by unknown tracksuit wearing guys with baseball bats.

Before fleeing, the reporter did manage to take a picture of a few tombstones of the paratroopers. Unfortunately, it seems that the disease is also capable of infecting inanimate objects. Just a few days after the funerals, all identification mysteriously disappeared from the paratroopers' graves.

Another person who almost succumbed to the mysterious disease was Pskov‘s human rights activist and member of the local parliament, Lev Schlosberg. Just days after reporting on the Pskov funerals and the complete lack of coverage on them from state-run TV channels, Lev also started feeling the symptoms of the disease, when two unknown tracksuit wearing guys attacked him near his home, landing him in the hospital with a severe concussion.

However, the cure for the disease may already be found. It seems that the best way to avoid any symptoms is to be loyal to Putin and the military, not questioning anything they say. This seems to work very well for his "United Russia“ party and the Russian state-run media outlets, which now account for over 90% of all media outlets in the country.

Avoiding the topic completely, or denying the existence of the dead paratroopers in the first place, has done wonders for the state run media outlets, as not one of their reporters has contracted the deadly disease yet.

Photo: Some Rights Reserved by Chris Hoyle flickr photostream, The Sage nor this article endorsed. The original image can be found here.