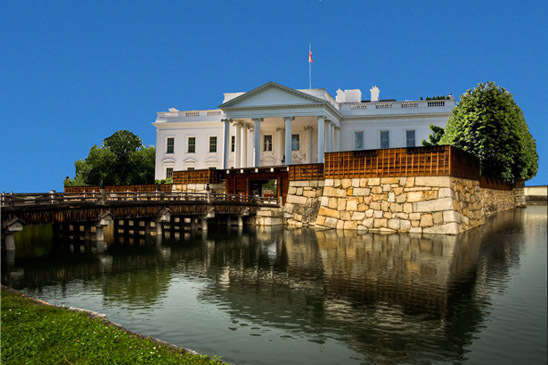 Joe Clancy may be taking new security measures too far

(SNN) - It did not come as a huge surprise when Julia Pierson, the former director of the Secret Service, resigned on Wednesday following repeated breaches of White House security. The congressional hearing on the matter was as good as any Comedy Central roast, with Pierson digging herself into a massive hole. The scandal did prove to be a rare occasion when both Democrats and Republicans showed bipartisanship on the subject, calling for Pierson’s resignation.

Soon after the news about Pierson’s resignation, retired Secret Service agent and 50’s private eye stereotype Joe Clancy was appointed as acting interim director of the Secret Service. At first, this move seemed logical, especially considering Clancy’s exceptional resume during his years at the Secret Service.

Despite the bright outlook, it wasn’t long before the bipartisanship was completely gone as soon as Joe Clancy unveiled his new proposals for revamping White House security measures. Allegations from Democrats that Clancy may not be a suitable candidate for the job came after a press conference where Clancy presented his new plan.

Clancy went on to say that having a drawbridge as the only access point to the White House is “not way over the top” and to top off his new plan, promised to arm all Secret Service agents working at the White House with bows and arrows and place them on around the clock patrol on top of the wall.

Democrats were among the harshest critics of Clancy’s proposal, pointing out that the proposals will cost billions of dollars to implement and that there are way cheaper way to solve the problem of improving White House security.

While Democrats criticized the plan, Conservatives praised the idea, even adding their own suggestions. Conservative pundit Bill O’Reilly was especially pleased with the new Secret Service director and his plan, stating that on top of that, alligators should be introduced into the moat and Secret Service guard dogs replaced with fire-breathing dragons.

Image(adapted): Some Rights Reserved by flickr Agustin Rafael Reyes and Robert Gebler photostream(s), The Sage nor his article endorsed. The original images can be found here and here.