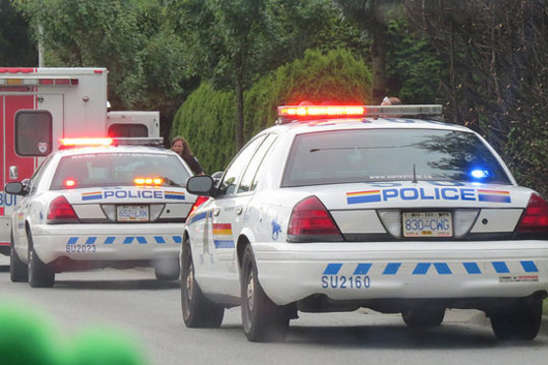 Echoes of a Fatal Police Incident

(SNN) - Late yesterday afternoon, while returning home on Hwy. 6 from an overnight trip to the Kootenays, we encountered a total of 5 unmarked police vehicles with lights flashing coming from the opposite direction at a high rate of speed. The last, just before Lumby, was a navy blue armored vehicle with ‘Police’ on the side. It became obvious that an incident was escalating in the area of the Kootenays we had just left.

On returning home, a search on the internet revealed the cause – a “serious police incident” was underway in the village of Slocan. A man allegedly carrying multiple weapons was said to have shot at police with a long rifle and then fled into the forest. The circumstances reported are that the man was being evicted from the property where he is raising cattle, and the police were called. No injuries resulted from the shot(s) fired, we are told.

Little in the way of updates are available this following morning, but it seems the village of Slocan remains on lockdown for its residents and people passing through, with the object of the manhunt still in hiding having fled the crime scene. Meanwhile, RCMP would have taken the opportunity to search his property thoroughly.

The incident serves as a sad reminder of the slaying of four RCMP officers in Mayerthorpe, Alberta, in 2005. The perpetrator of that tragedy was James Roszko, who then fatally turned his gun on himself. Tragedies are often the result of a string of contributing incidents. In that tragedy, the inciting event occurred the day before when bailiffs, accompanied by the RCMP, attempted to repossess Roszko’s pickup from his property, with its soon to be infamous Quonset shed found to contain a hydroponic grow-op.

We know nothing at this point of the man involved in yesterday’s incident in the village of Slocan, whether he has a history of being known to the police, as was the case with Roszko. What makes a cop killer? Or in this case, and unfortunately it may not be over, an attempted cop killer? Involvement in illegal activity would not be surprising. Nor would what is known to be the “red-neck” attitude of defending one’s property and way of life, at all cost.

Image: Some Right Reserved by CDP Photography Canada. The Sage nor this article endorsed. The original image can be found here.