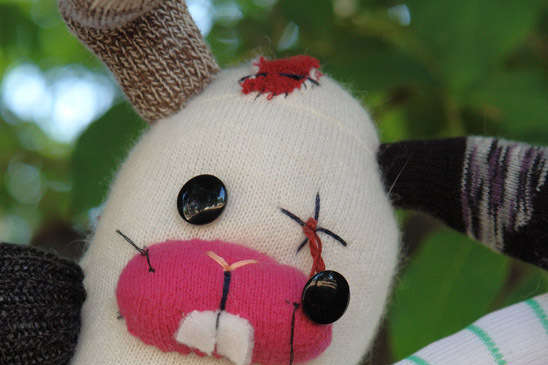 I Sent You a Dead Rabbit - Now Why Haven't You Called?

“Remember, all this will be worth the effort for the satisfaction of getting revenge.”

(SNN) - Stalking is a great way to feed your need for power, and with dating sites, finding your target could not be easier. Simply engage in conversation with someone who will then decide not to date you. With your desire for power, this should happen quite soon. You can then begin the stalking.

You may want to begin by leaving disturbing phone messages. Here are a few tips from my recent experience with a stalker:

Remember, all this will be worth the effort for the satisfaction of getting revenge.

The man I suspect of leaving me two disturbing messages is well-educated and has a thick Polish accent. His accent did not come through on the first message, but he may have been less careful with the second message a month later. On that occasion his accent came through clearly, allowing me to identify him.

In the second message, the caller used my name when thanking me for ‘favouriting’ him on the dating site. I hadn’t been on the site for some time, hadn’t favourited him, but I discovered then that he had favourited me. There was something very “off” here.

I’d started thinking about this man’s off-putting tendency to be critical of me while still on our meet ’n greet. We’d gone for a walk, with a stop for ice cream. When he texted the next day I told him I’d decided not to see him again. Looking back, there were signs then that he was having difficulty accepting my decision. I’d had to firmly end the conversation. Several months went by, during which I deleted him from my cell – and then he left the first message.

The suggested response to disturbing messages is to dial *57 immediately after hanging up. This will have the call traced, and that information can then be forwarded to your local RCMP. The steps involved can be found online by googling *57. I first heard about doing this when I called my phone service provider after the second incident. By then the stalker’s message was no longer the last call.

Too late to have the call traced, his number no longer in my cell, to take control of the situation I confronted the man through the dating sight where we’d initially met. I mentioned the gunshots, that I’d spoken to police, and that if it happened again I would have the call traced.

Thinking it would clear him of my accusation, he replied that he was back in his home province, which was a relief to me. “You should have the next call traced,” he wrote. Had he also found a way to block his calls from being traced, and was saying in effect, “Go ahead. Try it.”?

His anger evident, unable to pass up the opportunity to harass me some more, the kicker was his parting shot that I deserved the phone calls. I didn’t respond, didn’t take the bait. A few days later, again through the dating site, there was more anger from him. He demanded an apology on the grounds that he is a professional and lives by those standards. My response was to block him. Hopefully, this is the end of that story.

A friend of mine also confronted the person who was stalking him. When leaving his apartment building, “Adam” would see her sitting in her car across the street, even though she lived and worked an hour away. They had never met, but he had chatted with her for a month on a dating site. During that time he’d learned that she absolutely hated beards. So, when she wouldn’t desist from sitting out front of his building, he opted to go from being clean-shaven to having a full beard.

Having always loved gold cars and being fond of Cadillacs, at that time Adam was driving a gold Cadillac. One day he went out to his to car to find that someone had scratched, “F*%@ you, Adam,” on the driver’s side. After that, his stalker left him alone – no more messages and no more sitting out front of his building.

The female stalker killing the family’s pet rabbit and leaving it boiling on the stove, as depicted in the movie ‘Fatal Attraction,’ is a chilling and enduring image. It is also an accurate one. Denied ego strokes from the object of the obsession, carrying out a plan to create emotional pain and fear for that person, is an accurate depiction of the pathology of the extreme narcissist.

Photo: Some Rights Reserved by Mandy Jouan (flickr), The Sage nor this article endorsed. The original image can be found here.