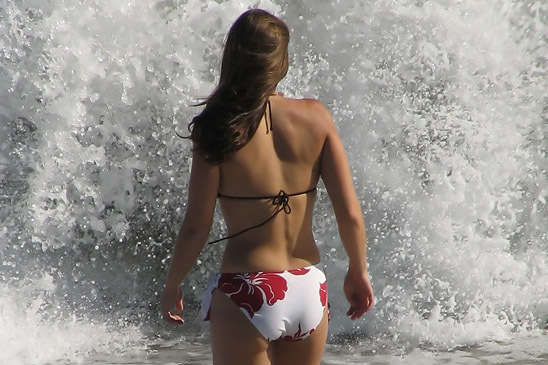 Kim Kardashian's Booty has been nominated

... by the prestigious National Caboose Association for year-end

(SNN) - With a clean air accord agreed to by China and the US, with Russia rattling its sabers in the Ukraine, and with record-setting cold air blasting into the eastern half of the US, the biggest story this week is Kim Kardashian’s Ass.

Kardashian’s Big Booty burst into the news when she released a series of mostly nude photos taken for the winter edition of the publication “Paper.”

But like a blind man trying to describe an elephant, if you spent time away from the fast-breaking story you may have missed key elements of journalism at its finest.

Here then are highlights so far:

Image (cropped): - Not Kim Kardashian, Some Rights Reserved by calwhiz (flickr), The Sage nor this article endorsed. The original image can be found here.