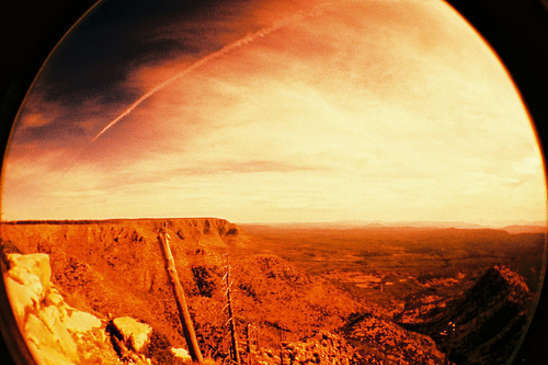 NASA Claims Life On Mars a 'Near Possible Certainty'

Photo: Days of Future Past?

(SNN) - Today at NASA headquarters, Washington DC, scientists were reporting that their mission to Mars was an overwhelming success in its search for evidence of extra-terrestrial life. A visibly shaken Dr. Ido Makupshtoff, spoke with deep wonder and emotion that they had found irrefutable evidence that finding life on Mars was a possibility.

Dr. Makupshtoff, speaking from a podium in the rotunda outside the labs, which were receiving the telemetry from the two “rovers” now on the Red Planet in question, was quoted as saying,  “We now have strong evidence that there is water somewhere on that planet. That can clearly be seen in the lines of this rock.”  The good doctor flashed a picture of a rock with lines on it on a giant screen above his head. The crowd of brave and dispassionate reporters broke into a spontaneous cheer.

The doctor went on, “As you can see from these photographs from Curiosity, one of the rovers, that the red landscape could be the left over biological materials from oxygen-based life forms who died sometime in the primordial past, leaving their blood everywhere. It may have been the result of natural forces or a conflagration similar to what the Earth is going to experience if we don’t get enough money to get greenhouse gases under control in the next few months.”

Next up to the podium was Dr. Hope Itwerx, lead scientist in charge of the second Mars rover, the Opportunity. As she showed a picture of another rock over her head, she exclaimed, “The greatest news, though, has come from the camera mounted on the Opportunity. If you will direct your attention to the picture of the rock here, then, with some technological wizardry, I will put another picture side-by-side and you can all see what we saw!” The two pictures showed that the rock had MOVED several microns to the left of the frame. “This is the momentous occasion that we had all hoped for when we spent billions on these missions instead of feeding the hungry. It is so worth it,” she effused.

One reporter asked if the rover had moved at all in the time between the two photographs. He was taken outside and beaten.

Unaltered Photo: Some Rights Reserved by Kevin Dooley  flickr photostream, The Sage nor this article endorsed. The original image can be found here