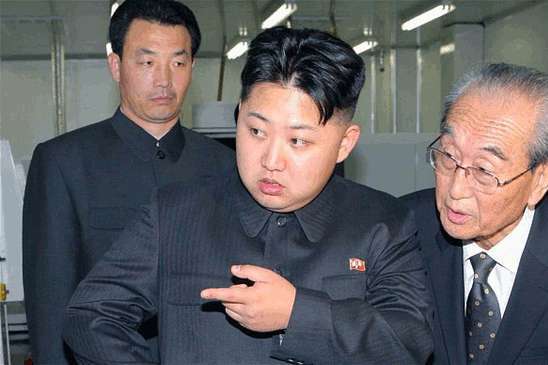 The Un and Only Guaranteed Lock for 2014 Movie Honors

(SNN) - Using the same standards that Time Magazine applies for its “Person of the Year” selection—notoriety counts—I nominate Kim Jong Un as Film Critic of the Year.

It’s a No-Brainer in every sense of the term. It’s a lock.

My last Film Critic of the Year lock was David Manning, the fake critic invented by ad execs at a Hollywood Studio called Sony. (Irony, anyone?)

Manning is no Un, however.  Even legendary arbiters of cinematic taste such as Roger Ebert, Pauline Kael, and that guy with the funny mustache who used to be on The Today Show have never influenced the fate of a movie the way HoKo’s Nut Job film reviewer did this year.

He did it despite the fact North Korean propagandists have historically made preposterous claims about the prowess of their Dear Glorious Leaders-in-Charge.

Take the alleged golf talent of Un’s Daddy.  North Korean flacks once spread the canard—and if you’ve ever had your canard spread, you know how painful that can be—that Kim Jong Il had shot a round of golf in 38 under par.

They even claimed it was the first time the diminutive dictator had picked up a golf club—excluding the time he bashed dissidents with his antique Mashie Niblick.

His round supposedly included eleven holes-in-one. I’ve played golf—well, a game similar to golf but with more breakage and travel—and the only time I’ve come close to a one hole-in-one is never. I’m even counting the time a well-placed kick sent my ball through the Clown’s Mouth.

But who can question the power of Kim Jong Il’s son as a film critic? Un didn’t just kill box office for the movie he thumb-downed, he got “The Interview” pulled from theaters, all but destroyed the studio that released it, started an international cyber-war, got George Clooney and Newt Gingrich to agree on something, made an American Hero out of Canadian Seth Rogen, and knocked Bill Cosby off the front pages.

Don’t get me wrong, Kim Jong Un is still an asshat. He fired the first significant shot in a new kind of war.  He financially ruined a Hollywood studio and the lives of many who work there. And he stood by laughing while America’s Media-Literati-Politico Complex mostly blamed Sony for “caving in to terrorism” instead of Un and company.

But credit where it’s due. That pint-sized, shave-headed squatty little butt-ugly North Korean fruitcake made all this happen just because he didn’t like a Seth Rogen movie. To which I can only add: Get in line.