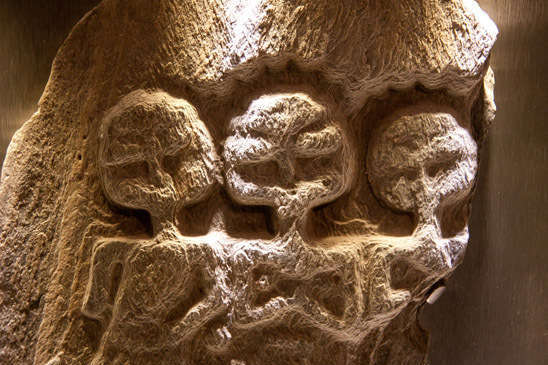 (SNN) - The Institute for Kind of Science Studies in the University of Rotterdam-Armhoff recently announced a startling discovery. Dr. Anita Grant, the leading researcher at the Institute, has announced they finally have irrefutable proof of ancient astronauts have visited Earth. While helping renowned archaeologist, Dr. Richard Leakey-Johnson, at a prehistoric dig site in Turkey, Dr. Grant came upon a small sample of a shiny reflective foil-like material. According to Leaky-Johnson, the reflective foil was discovered in an excavated layer dated to approximately 5000 years ago.

Leaky Johnson was quick to distance himself from Grant’s hypotheses, however.

He remarked emphatically to reporters, “Dr. Grant is really not a colleague. She does enjoy digging, though, and is very detail oriented. Therefore, she’s very helpful at the dig sites and for making coffee and sandwiches, but I do not endorse her theories.”

Grant reported the several small portions of reflective material they found lends itself to being folded into a teepee-like structure. Along with the foil she also found very small bits of thin ribbon with the letter “H" on it. The material, which contained several wrinkles, all had a residual odour to it that when analayzed by the SnifProbe, a portable mass spectrometer, indicated trace amounts of theobromine and dextran.

Grant  remarked, “This must be left behind by ancient astronauts from a mysterious planet legends have referred to as, ‘Homoneander’. Humans in this time period did not have ribbon or foil so where else could it have come from? The letter H confirms its origin.”

Unfortunately, the amount of foil and ribbon is very small as the foil is only an inch across. Dr. Bigg-Grant says she does not want to compromise the sample by using a portion of it for accurate dating but is taking it back to the Institute to ‘perform other analyses to confirm her theory’. In the meantime, she plans to submit a paper on the ribbon and foil to such well-regarded science periodicals as The Area 51 Review and The Roswell News and World Report.

Dr. Leakey-Johnson and his excavation crew remain skeptical. “The material is baffling and yet so familiar,” remarked Dr. Leakey-Johnson. “If I could just get a taste for what it is, it could be scientifically one of the greatest discoveries of my career."

Image: Some Rights Reserved by Chris Goldberg flickr photoistream, The Sage nor this article endorsed. The original image can be found here.