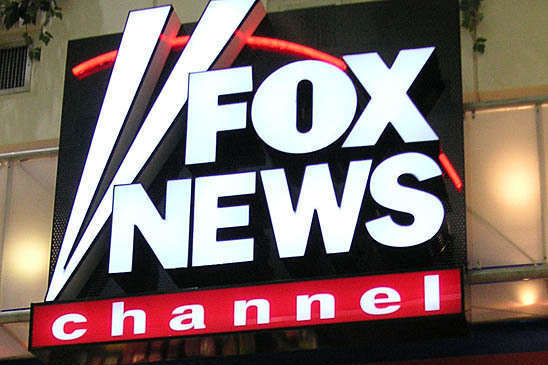 In order to continue “this tendency toward total truth in television,” the Fox topper said alliteratively, he will change the name of Fox News Channel to Fox “News” Channel.

Murdoch announced this development at Fox’ s New York headquarters during his annual “State of the Network” speech, given each Tuesday to Fox employees, Subway Zygotes, and visiting Republican office seekers.

“Who are we kidding, Mate, most of the crap we broadcast couldn’t pass a sniff test at a skunk factory,” Murdoch said, adding, “I once peed on a Wallaby, saving the animal’s life. He then peed on me, so I hired him to run the Fox Integrity Desk in London.”

Murdoch did not announce a timetable for the change, claiming he’d left his watch in the cab.

As is his habit, Murdoch included other announcements in his weekly annual address.  He said he “really likes elderberry pie,” still calls George W. Bush "my widdoo bitchy-witchy" and he believes he’s “not senile, but my invisible Pooka Pal Harvey is.”

Murdoch ended his address with a few quick choruses of “Waltzing Matilda” in Swahili. He was accompanied by Ted Nugent on guitar, harmonica, and Winchester.

When asked for comment about the change, Fox “News” Channel President, Roger Ailes, said through a spokesman that he would be feigning a heart attack and thus unavailable for comment.

In an unrelated development, Geraldo Rivera, whose original television name was Jerry Rivers, has now changed his name to Bob O’Schwartzini and declared himself “a citizen of the world.”

UPDATE: Roger Ailes just called to say he’d cancelled his heart attack and feels the change will not adversely affect critical inaccuracy objectives  on the 24/7 network. "People already believe the crap we make up. We will still blame Obama for everything and will until the day he admits he's black."

Image (cropped): Some Rights Reserved by Dieter Laskowski flickr photostream. The Sage nor this article not endorsed. The original image can be found here.